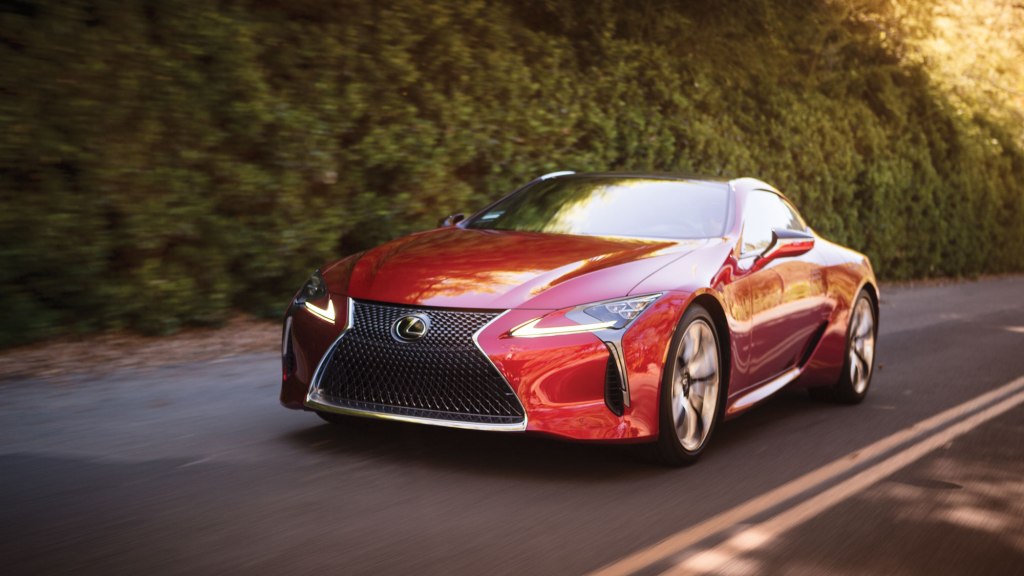 This new grand-touring coupe from Lexus marks a fresh chapter for the brand as it tries to reach a younger generation of car buyers. While some manufacturers are simplifying their designs, Lexus goes bold with sharp creases and aggressive shapes–even the taillights look menacing. Many judges rated the styling as their favorite aspect of the car; Brent Holden described it as a “surprisingly stunning exterior design.” Violet Grgich praised its “combo of comfort yet firm suspension” and “smooth handling,” and Jacquie Harris called it “very drivable.”

Beneath the sharply curved spindle grille and show-car-like wheels are a new rear-wheel-drive platform and a chassis that engineers say is stiffer and more agile than anything they’ve built before. Inside, there are design cues borrowed from the LFA supercar, including the TFT display in front of the driver, and control stalks that protrude from the instrument cluster housing. Interior materials are some of the best Lexus has ever produced, with nearly every surface covered in leather or Alcantara, even in the back seat.

But for many of our judges, the car’s performance didn’t measure up to expectations. Although it’s powered by a 5-liter, naturally aspirated V-8, Chris Carpenter said, “It’s not as responsive as you would expect,” and Bob Hekking thought it “needs more power.” Despite several accusations of being “boring,” and what Ellis O’Connor called “spongy” driving dynamics, quite a few judges surmised that it would have Lexus’s renowned “reliability,” and Carlos Vidueira cited “Lexus quality throughout.” The LC500’s central touchpad, which Lexus uses in lieu of a rotary knob or touchscreen, was polarizing. While Garrett Bland and Avrum Elmakis both said it was the most desirable aspect of the car, Phil Snyder said it was “tough to use.” The interior design also got mixed reviews: Jen Stanton said it’s “sleek and modern,” while Lisa Davis found it “a bit strange.”