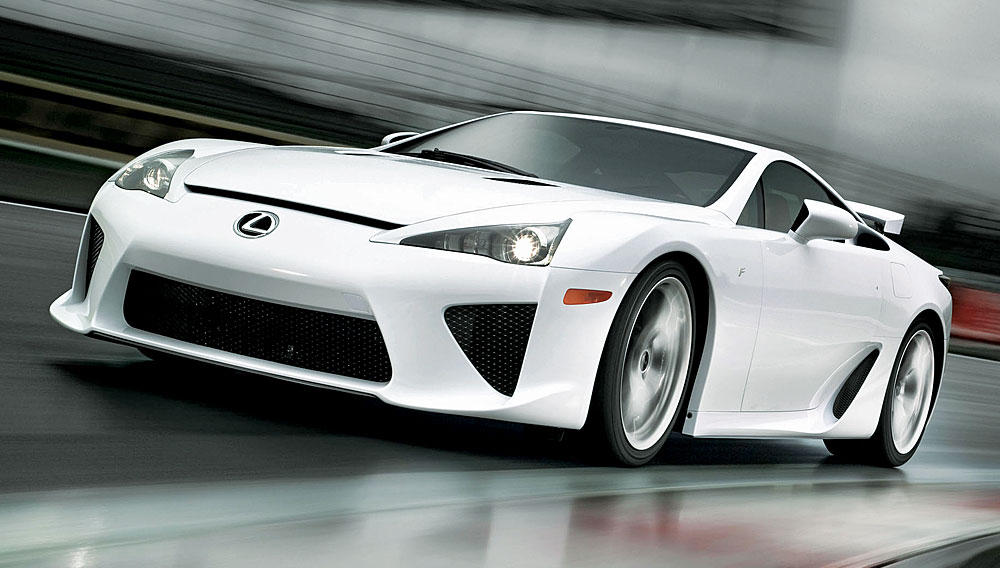 When the Lexus LS400 sedan arrived in the United States in 1989, it was faintly praised but generally damned for being luxurious yet too conservative, adequately powered but utterly boring. What a difference two decades make. This latest Lexus, the 2011 Lexus LFA (www.lexus.com), debuts as a diametric opposite of its progenitor—a brute force, luxury super coupe that, like the MC12 from Maserati, the 430 Scuderia from Ferrari, and most things from McLaren, combines the attributes of a limited-production street vehicle with those of a racecar.

Mechanically, the LFA is everything that nobody would expect from Japan: a 552 hp V-10 with a curb weight of only 3,263 pounds (nearly one ton lighter than the Bentley Supersports), thanks to the fact that 65 percent of the car is composed of carbon-fiber reinforced polymer. As a result, the LFA boasts a top speed of 202 mph and sufficient acceleration to smoke tires in sixth gear.

At approximately $375,000, this car may seem pricey for a Lexus, but only 500 examples will be built. Thus, only a select few owners will know the pleasure of driving a super coupe that runs like a Lambo yet delivers the smoothness, security, and luxury of, well, a Lexus.