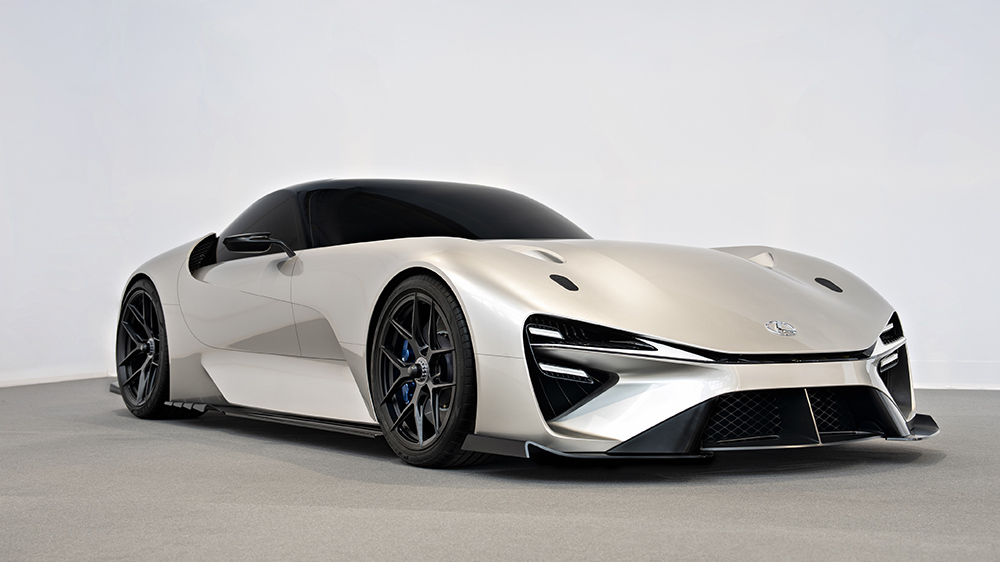 Lexus wants the LFA’s spiritual successor to be a car that purists love—even if it is electric.

The Japanese luxury marque knows the upcoming production version of the Electrified Sport concept needs to be capable of more than just putting up good numbers. It also needs to be fun to drive, which is why it will come equipped with a manual gearbox.

That’s right, the brand’s forthcoming battery-powered sports car sure sounds like it is going to be a stick shift, according to Motor1.com. Toyota Motors Europe’s president Matt Harrison talked up the company’s manual transmission for EVs at the Kenshiki Forum in Brussels on Monday. The executive didn’t explicitly say the technology, which is being tested in a research prototype based on the UX 300e SUV, will appear in the Electrified Sport, but there’s also no EV coming from the automaker that is more well-suited to the feature.

As you may already know, battery-powered cars don’t need a manual transmission. Electric motors have a much wider optimal RPM range than that of an internal combustion engine, which is why nearly every EV comes with a single-speed direct-drive transmission. Toyota’s EV manual gearbox, which is connected to a clutch and gear shifter, isn’t there to stop the motor from stalling out, it’s there to recreate the sensation and thrill of shifting through the gears yourself. You’ll even to able to customize how the system feels and operates. It may sound completely unnecessary, but Toyota isn’t the only company exploring the technology.

“From the outside, this vehicle is as quiet as any other BEV. But the driver is able to experience all the sensations of a manual transmission vehicle,” Takashi Watanabe, Lexus Electrified’s chief engineer, said in a statement. “It is a software-based system, so it can be programmed to reproduce the driving experience of different vehicle types, letting the driver choose their preferred mapping.”

A representative for Lexus did not immediately respond to a request from Robb Report for more information.

A manual gearbox won’t be the only interesting piece of technology enthusiasts will have to look forward to from the production Electrified Sport. The sports car is also expected to feature Toyota’s One Motion Grip steer-by-wire system. The setup includes no mechanical connection between the steering column and wheels, but does provide better control at low speeds and better stability at high speeds. The sleek coupé will also have all-wheel drive, which we assume is a big part of why the EV can go from zero-to-62 mph in a “little bit more” than two seconds.