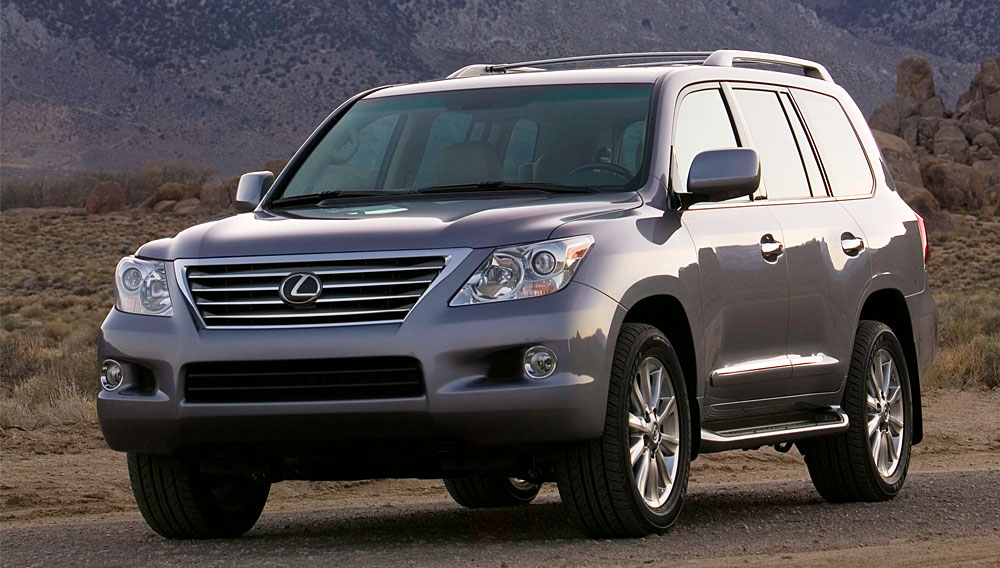 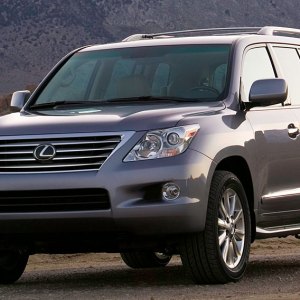 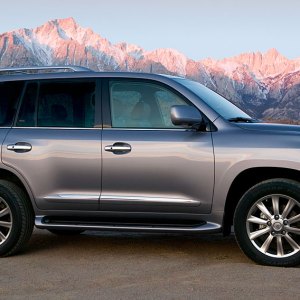 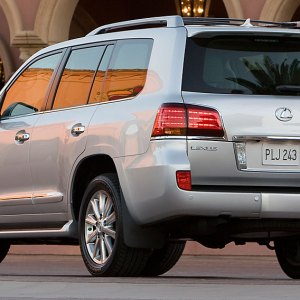 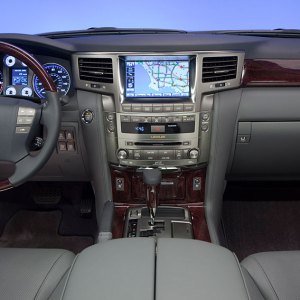 The LX 570 takes the term “luxury off-roading” to a whole new level. Lexus’ big rig is based on the legendary Toyota Land Cruiser; thus, the LX sports an extremely capable full-time four-wheel-drive system as well as such rock-hopping technology as Crawl Control, which maintains appropriately low speeds over rough terrain. Since the LX will likely see more pavement than dirt, it offers an electrohydraulic variable-air suspension, active height control, 10 standard air bags, intuitive park assist, a 19-speaker Mark Levinson audio system, 20-inch polished wheels, and seating for eight passengers—some of whom can relish power second- and third-row seats and a DVD entertainment system. The power train, which consists of a Toyota Tundra–based 383-hp 5.7-liter V-8 and a 6-speed automatic, motivates this 5,995-pound SUV from 0 to 60 in 7.4 seconds and to a top speed of 137 mph. Further, the LX 570 can handle up to 8,500 pounds—more than enough to tow a 30-foot Airstream. Pros: Capable of handling off-road terrain in style. Cons: Not many ever venture outside the concrete jungle.