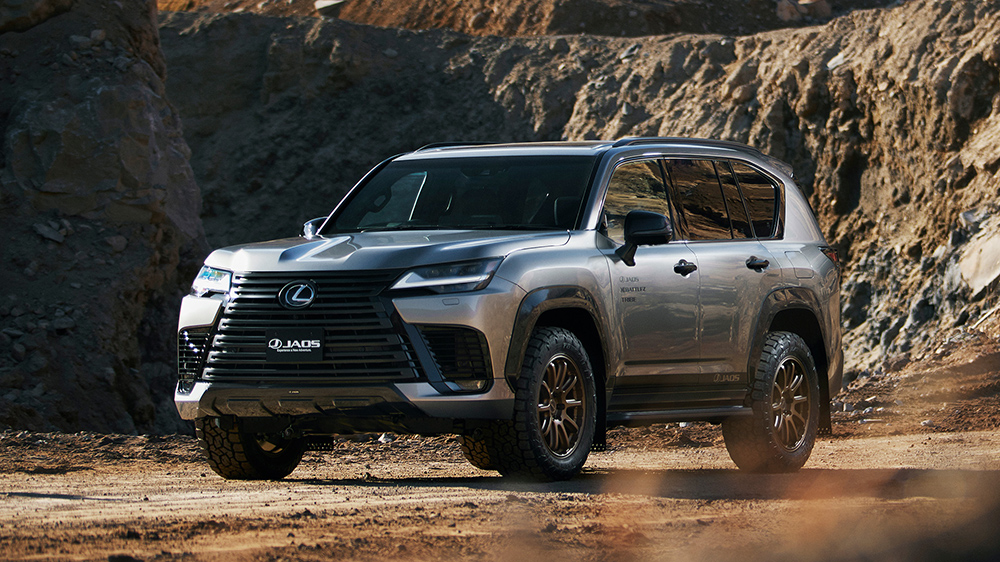 The Lexus LX600 may be one of the most elegant SUVs on the market, but that doesn’t mean it’s afraid to get a little dirty.

To prove this point, the luxury marque is bringing an off-road-focused version of its stylish behemoth to this year’s Tokyo Auto Salon. The result of a collaboration between Lexus and after-market parts supplier JAOS, the special LX600 aims to show it can do anything the legendary off-roader it’s based on, the Toyota Land Cruiser, can do and more.

The heavily modified SUV is based on the off-road variant of the fourth-generation LX, which was introduced last October. Although it looks just like the standard version at a glance, a slew of add-ons combine to give it a more rugged, characterful appearance. These include front and rear skid plates made from lightweight carbon-fiber-reinforced polymers (CFRP), mud guards and rugged CFRP wheel arches in the front and back, according to a press release. Beneath those arches, you’ll find a new set of 20-inch titanium gold wheels wrapped in knobby Toyo Open Country A/T III 285/55R20 all-terrain tires.

Lexus has sensibly chosen to leave everything under the LX600’s hood untouched. That’s because the SUV is powered by a brawny 3.4-liter V-6 mated to a 10-speed automatic transmission that can already churn out a solid 409 horses and 479 ft lbs of twist. Add in a four-wheel-drive system and increased stability because of locking differentials in the front, center and rear and you have everything you need for some serious overlanding fun.

Unfortunately, this special LX600 is unlikely to ever make it to America. There are two reasons for this. First, it’s a one-off made to show off some aftermarket parts. Second, it’s based on a variant that’s currently only available in Japan. Let’s hope that part changes soon, though. Hey, it would only be fair given that we’ve already been denied our chance at this generation’s Land Cruiser.