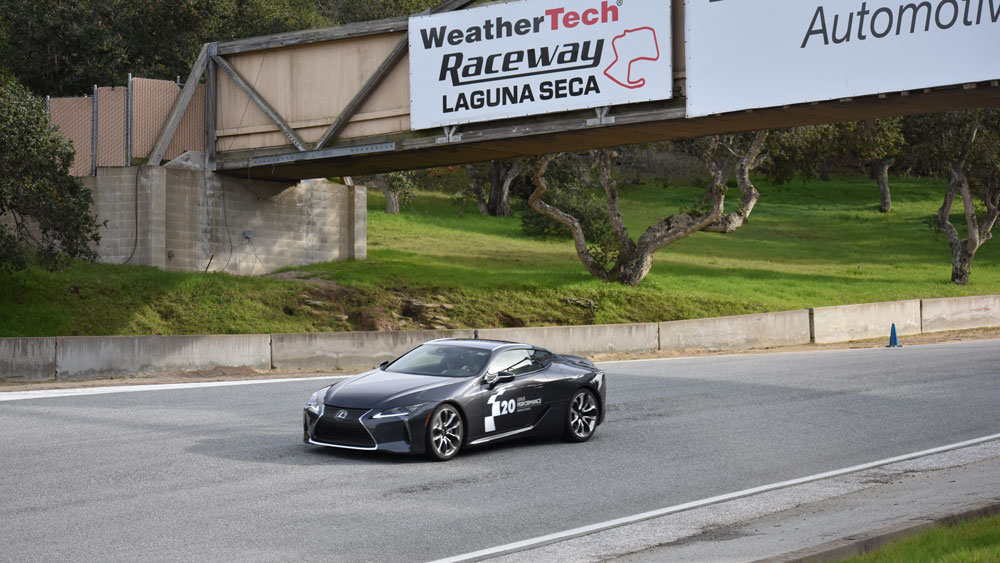 New performance vehicles are a bit of a tease. Beneath striking sheet metal lie potent power trains, responsive chassis, and robust brakes—just the right equipment for a thrilling drive. Alas, neither trafficked highways nor unpredictable canyon roads are safe venues to explore a sports car’s potential. And so we leash our radical rides to speed limits, only dreaming of their untempered capabilities.

There is, however, one proper setting for the melding of man and machine: the race track. Pristine pavement, challenging layouts, and run-off zones create an ideal environment to test driver and vehicle limits. Getting time on track is easy enough, too, thanks to numerous regional and national organizations that host track days throughout the year. But for those who are new to high-speed driving, a racing circuit (often congested with other enthusiasts) is an intimidating environment. What these drivers need is personalized instruction and a breadth of car-control exercises to build confidence behind the wheel. Lexus Performance Driving School offers just that.

Staged at some of America’s best tracks, the Lexus Performance Driving School assembles a roster of decorated pros to teach students essential techniques at the helm of high-output sports cars. My experience at the iconic Weathertech Raceway Laguna Seca began with an introduction to proper seating position, eye placement, and racing lines before my driving partner and I saddled up in a 471 hp Lexus LC500. Through low-speed lead follow laps around the track, I practiced keeping my eyes on the corner ahead and placing the vehicle along the instructor’s demonstrated line.

After each student had a handful of laps under their belt, we moved on to the skid pad, where drifting experts were on-hand to walk us through the basics of car control. Around a dampened circle we were shown how to let loose the Lexus RC F’s rear end, catch it, and bring the vehicle to a safe stop. Those of us who demonstrated control were permitted to attempt sustained donuts. Amidst the thrill of sliding a V-8-powered, rear-drive sports car around a parking lot (legally), I couldn’t help but feel these kinds of exercises would be beneficial for new drivers—the subset of motorists who are least likely to respond appropriately to the loss of traction on public roads.

Class is in session.  Photo by Miles Branman.

Next up was a short autocross course designed by a two-time national autocross champion. With the lofty goal of besting the champ’s timed run, I piloted a Lexus GS F through the tight, twisting circuit. Restraining my instincts to over-drive the surprisingly nimble midsize sedan, I channeled the instructor’s guidance of “control” to a respectable time. Following a hearty lunch, Lexus treated us to a Q&A session with Indy Car legend Danny Sullivan. The warm, animated racing veteran shared his tips for tackling Laguna Seca and divulged his greatest challenges during his career.

Energized by Sullivan’s advice, we revisited the morning’s driving exercises to test what we’d learned. Better even than sustaining a drift or notching a fast run in the autocross was witnessing the improvement of my fellow students over the course of the afternoon. The instructors’ encouragement and sage counsel was clearly making an impact. Equally impressive was each Lexus model’s performance—despite uninterrupted punishment, the cars never protested.

Exhausted from eight hours of focused training, we concluded the day with pro driver hot laps. Only then did I fully grasp the capability of the school’s cars and instructors. Pushing deeper into braking zones and harder through corners than I thought possible, car and driver showcased the inner fantasy of a sports car commuter.