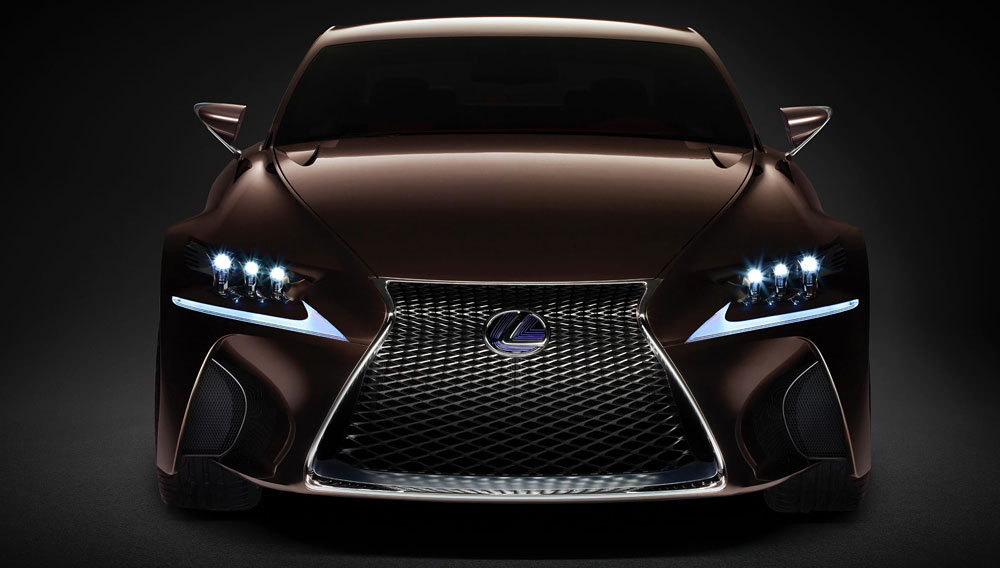 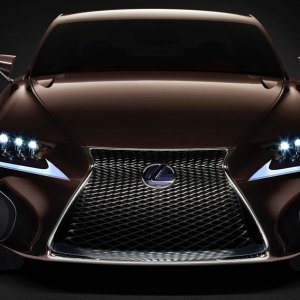 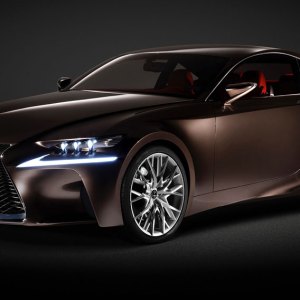 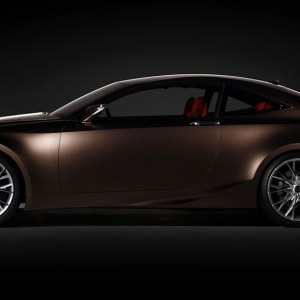 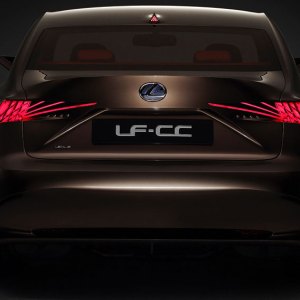 Since the Toyota Altezza came to America a dozen years ago wearing a Lexus emblem and an “IS” designation, this refined sport sedan (and, since 2009, hardtop convertible) has earned an enthusiastic following. Its looks have never been of the light-my-fire variety, but spirited performance, peerless refinement, and indefatigable reliability have more than compensated for its mundane style sensibility. At this year’s Paris Motor Show, however, Lexus debuted a scandalously pretty coupe concept that more than hints at the next IS. It’s a knockout.

The LF-CC concept is the latest (and, to these eyes, the most mature) expression of the Lexus L-finesse design language. Of course, some flourishes, like the wildly overstated front end and the dramatic interior, replete with touch-sensitive surfaces, are pure auto-show glitz, but the LF-CC is otherwise ready for its showroom debut. Wider and lower than the current IS, the car has a confident stance and a visual charisma that brings to mind the ever-handsome Audi A5.

Behind the concept’s wildly sculpted spindle grille is a new take on the Lexus Hybrid Drive system. A smooth 2.5-liter 4-cylinder gasoline engine with direct fuel injection meets a small electric motor, a generator, and a high-performance battery pack. A power-split device manages the interaction of the internal combustion and battery-fed energy sources, making use of planetary reduction gears to dole out the torque to the rear wheels depending on speed and load requirements. The result, no surprise, is a seamlessly smooth power train with stellar fuel economy and admirably low carbon dioxide emissions. Look for this new hybrid power train, along with the LF-CC’s artful shape, to make its production debut in short order.

Lexus is tight-lipped on specifics regarding production and pricing. For those who can’t wait for the future, however, the sweet 2013 Lexus IS sedan and convertible start at $36,050 and $43,405, respectively. (www.lexus.com)