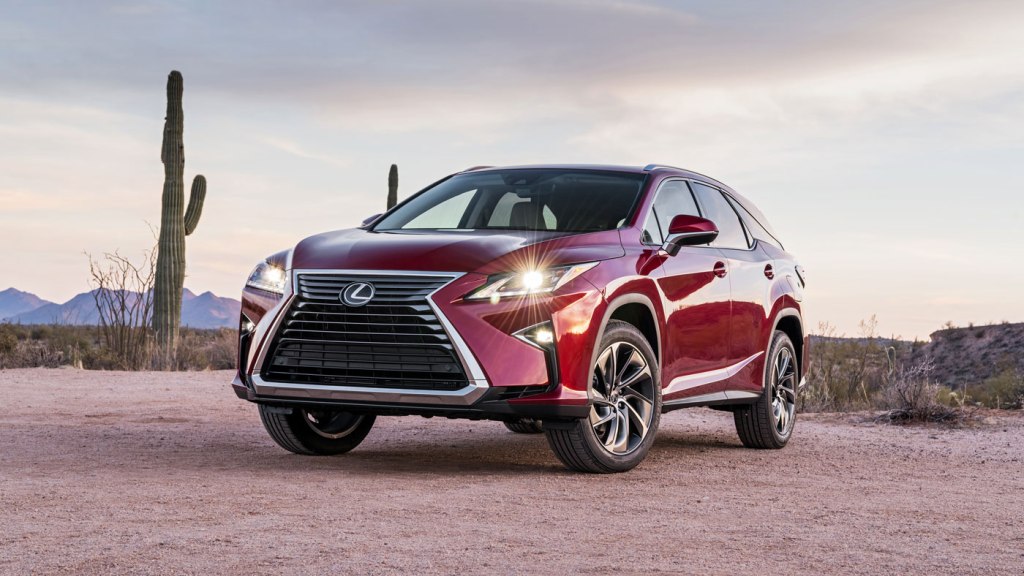 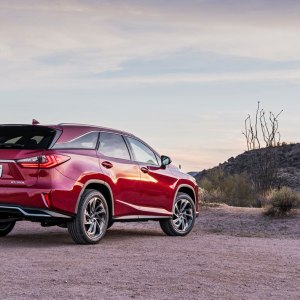 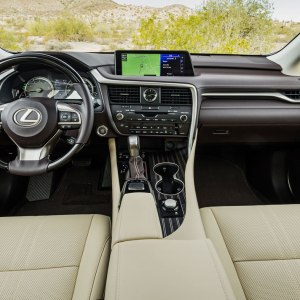 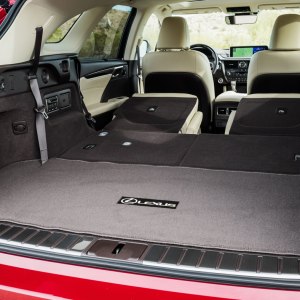 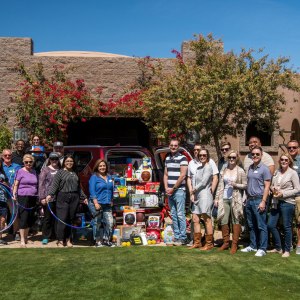 After two decades on the market, the Lexus RX is still the best-selling luxury SUV in the United States. Today, we are driving the new RX 350L (starting at $47,670), a longer version of the popular crossover, which is scheduled to arrive in dealerships later this year. Although the wheelbase stays the same, the RX L is 4.3 inches longer than the standard RX and is fitted with a third row. It can be configured to seat six when equipped with second-row captain’s chairs, or seven with a traditional second-row bench.

The deep red hue of our Lexus RX L glimmers in the Arizona sun. Here on the outskirts of Scottsdale, where nearly everything is some shade of beige, the iridescent crimson pops against an otherwise monochromatic landscape. But we don’t have much time to admire the scenery; we’re on a shopping mission to bring back a plethora of toys and sports equipment to the local Boys & Girls Club. And the clock is ticking.

At a local sporting goods store, we load up our cart with items on a list that Lexus has provided: footballs, basketballs, soccer equipment, and games. Our assignment is one of many philanthropic programs sponsored by Lexus, which include charity golf tournaments, a fund-matching program for its dealers, and an Eco Challenge, which awards grants and scholarships to students who create unique environmental projects to benefit their communities.

A few participants in the Lexus Mission: LUV event to assist the Boys and Girls Club of Metro Phoenix.  Photo: Courtesy Lexus.

Out in the parking lot, our red RX 350L awaits. The power liftgate opens automatically with the wave of a hand over the oval Lexus emblem on the back (unlike some other models, which require a wave of the foot under the back of the car). Power-operated, third-row seats lower automatically with the push of a button. Second-row seats fold down manually, with a bit of coaxing. Our treasure trove fits easily in the cargo hold, which offers up to 58.48 cubic feet of space with the second and third rows folded.

On the drive back from our shopping spree, the RX L proves just as comfortable as it is practical. Leather-wrapped front seats are fitted with heat and ventilation—the latter of which we have cranked full blast on this 85-degree day. Our car is equipped with the Luxury package, which includes gray-toned wood and aluminum interior trim. Our back-seat passenger praises the roominess and support of her second-row captain’s chair, which we kept in place. The 12.3-inch central display, as well as the controls on the instrument panel, are placed high up, keeping the driver’s eyes closer to the road.

Power comes from the same 3.5-liter V-6 used in the standard RX; its 290 hp and 263 ft lbs of torque are enough to pass giant lollygagging pickup trucks off the line and on the interstate. Although we can feel the car’s extra length on tight corners, the RX L remains easy to drive and stays relatively quiet, even when a late-afternoon crosswind whips up along the highway. The RX 350L comes in both front-wheel-drive and rear-wheel-drive configurations. A 450hL hybrid version (from $50,620) pairs the V-6 gasoline engine with an electric motor for a total output of 308 hp, and all-wheel drive comes standard. Safety features on all models include Lane Keeping Assist and radar-based adaptive cruise control. Blind-spot monitoring and rear cross-traffic braking are optional.

Soon, we pull off the highway and onto a dirt road leading up to our meeting point, where our Matador Red Mica RX 350L joins fellow participants in a more subdued palette of RX L models, ranging from soft greys to deep metallic browns. We present our goodies to leaders from the Boys & Girls Club of Metro Phoenix, where more than 27,000 young people attend after-school and summer programs. At this point, we bid our RX 350L farewell, watching it glisten one last time under the intense Southwestern sun, having enjoyed our drive and knowing it played a vital role in making many lives a bit better.