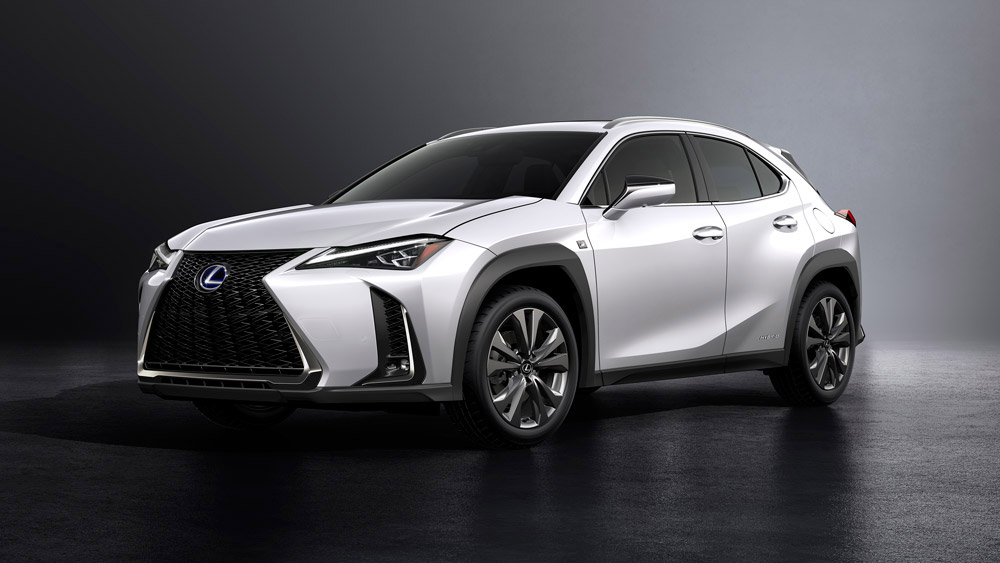 The warship Vasa was commissioned by King Gustavus Augustus of Sweden in the 1600s to expand the country’s military presence in Poland-Lithuania. On August 10, 1628, the 226-foot vessel—adorned with ornate woodwork and multiple bronze canons—sank on its maiden voyage after traveling a mere 1,400 yards from its port in Stockholm. The ship’s top-heavy construction caused it to topple over, sending it, and many of its crew, to the bottom of the sea. The Vasa’s fate was a stark reminder that beauty alone is often not enough.

As with ships, when it comes to building cars, success depends on both good design and sound engineering. Nobody knows this better than Lexus chief designer Koichi Suga and chief engineer Chika Kako. In an industry where designers and engineers are often at odds, Suga and Kako paint a picture of a more harmonious relationship. Suga works alone when he makes the first drawing, but he soon joins with Kako and her team to ensure each vehicle has the performance and durability to complement its aesthetics.

Their latest project is the UX, the brand’s first compact crossover, aimed at a new generation of Lexus buyers and competitive with the BMW X1, Mercedes-Benz CLA-Class, Audi Q3, and Volvo XC40. We’ve come to Stockholm, not far from the current resting place of the Vasa (which has since been salvaged and restored), to drive the new UX through the city’s urban and rural environs.

With the space-efficient Lexus UX, the engineering team tried to re-create as closely as possible the feeling of the brand’s larger vehicles.  Photo: Courtesy Lexus.

Though compact, the UX has a confident stance, with sharply sculpted lines and flared front and rear fenders. The familiar Lexus “spindle” front grille gets a unique treatment with a repeating mesh pattern that uses negative space to look more structured. A single horizontal line stretches across the rear, connecting angular, 3-D tail lamps that are pushed out to the corners. In a sketching tutorial, Suga starts by drawing the wheels of the UX before moving on to the basic proportions and the vehicle’s silhouette. Once the shape of the car appears, he goes over his lines with sweeping strokes. “This is where the emotional part comes in,” he says. “You want to draw these lines like you’re drawing a human body.”

Because of the vehicle’s small size, Suga and Kako wanted to give the interior a greater sense of space. To achieve this, they drew inspiration from Japanese architecture. “We have this concept where you use the outside space as a continuation of your environment,” Suga says. “Japanese houses are very small, but they have large windows, so the mountains and trees and nature outside are like a picture, an extension of your living space.” Kako adds, “One thing I asked for right away was this line that goes from the dashboard and continues to the outside of the fenders,” she says. The result was not only a sense of openness but also a commanding view of the road, despite the vehicle’s relatively low seating position and center of gravity (no top-heaviness here).

As the front-engine, front-wheel-drive UX is targeted toward urban dwellers, it is not a performance car; rather, it excels in agility and efficiency. Still, the engineering team tried to re-create as closely as possible the feeling of the brand’s larger vehicles. “We want every customer to hop in and realize this car is a Lexus from its driving performance,” Kako says. The UX 200 uses a new two-liter, four-cylinder gasoline engine with a “direct shift” continuously variable transmission, which uses a fixed first gear to remedy the oomph-less, elastic-y feeling of traditional CVTs. The 250h hybrid combines two electric motors and battery power with a modified version of the same gas engine for a total output of 143 hp and an estimated combined fuel economy of 38 mpg. For the first time, the 250h is also available with all-wheel drive, achieved by using a third electric motor to power the rear axle.

Our model of choice is the UX 250h all-wheel-drive F Sport, which comes equipped with racier interior and exterior trim, sport seats, and a choice of exclusive paint colors such as Ultrasonic Blue Mica, which shimmers against the gray Swedish sky. Though the UX does not have the power of the LC’s naturally aspirated V-8, we have ample pickup through the city and on the highway thanks to the readily available torque from the hybrid power train. With the optional adaptive variable suspension and selectable driving modes, we like it dialed into sport-plus for jogging through Stockholm’s myriad roundabouts. Steering is appropriately responsive, and that promised agility delivers not only around traffic circles but also through tight U-turns. An optional safety package includes adaptive cruise control and active lane-departure correction as well as enhanced radar capability to detect cyclists. The latter comes in handy just outside the city when a bicyclist shoots out in front of us and we’re able to stop quickly without incident. And while the UX isn’t billed for off-roading, it remains capable and comfortable even when we take a wrong turn down an unpaved road.

The interior’s sense of openness and commanding view of the road.  Photo: Courtesy Lexus.

The interior of the UX gets a display screen controlled by the same touch pad on the center console as the ones used on the LC and LS. Rear seats are comfortable enough for average-sized adults, and the rear storage area is roomy for a compact SUV. Kako admits, however, to making one compromise for design’s sake: “Japanese people like to put their golf bags in horizontally, but the tapered rear of the UX means they’ll have to put them in lengthwise instead,” she says with a laugh.

The UX goes on sale later this fall, with pricing yet to be announced. With so many small crossovers flooding the market, Lexus must now prove to buyers that its new model has both the looks—and the chops—to stay afloat.