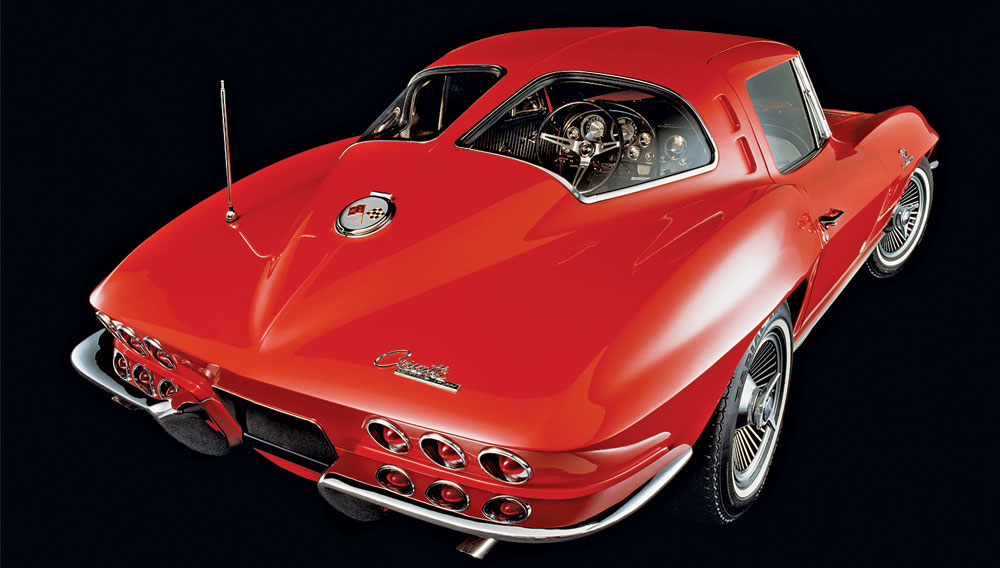 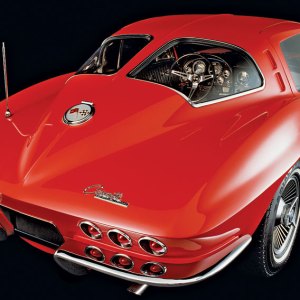 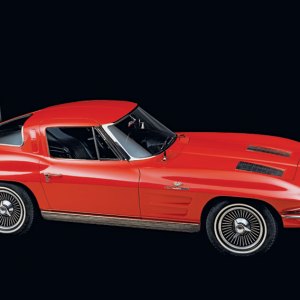 Featuring a fastback shape, hidden headlamps, and doors that cut into the roof, the Corvette Sting Ray coupe debuted for the 1963 model year. This second-generation model, also known as the C2, was the first Corvette offered as a coupe. During its initial year of production, the coupe variant also featured a split rear window—two windows separated by a narrow metal strip. Objections to this design included concerns that it impeded the driver’s rear view, and so the company replaced it with a single window for the 1964 model year and the rest of the Sting Ray’s production run, which ended in 1967.

Among the rarest and most coveted Sting Rays is the 1963 Z06, a competition-prepped version powered by Chevrolet’s 360 hp L84 327 cu in V-8 engine. The Z06 package was created by Zora Arkus-Duntov, the General Motors engineer who, in the 1950s, transformed the Corvette from a docile roadster into a formidable sports car. General Motors produced only 199 examples of the Z06 during the one year that it was offered. The ’Vette shown here is more special still because it features two trios of taillights instead of two pairs, a design element unique to cars sold in California. With the blessing of the factory, a few dealers in the state offered the third-light option, which embellished the view that other motorists most frequently glimpsed of America’s greatest sports car.