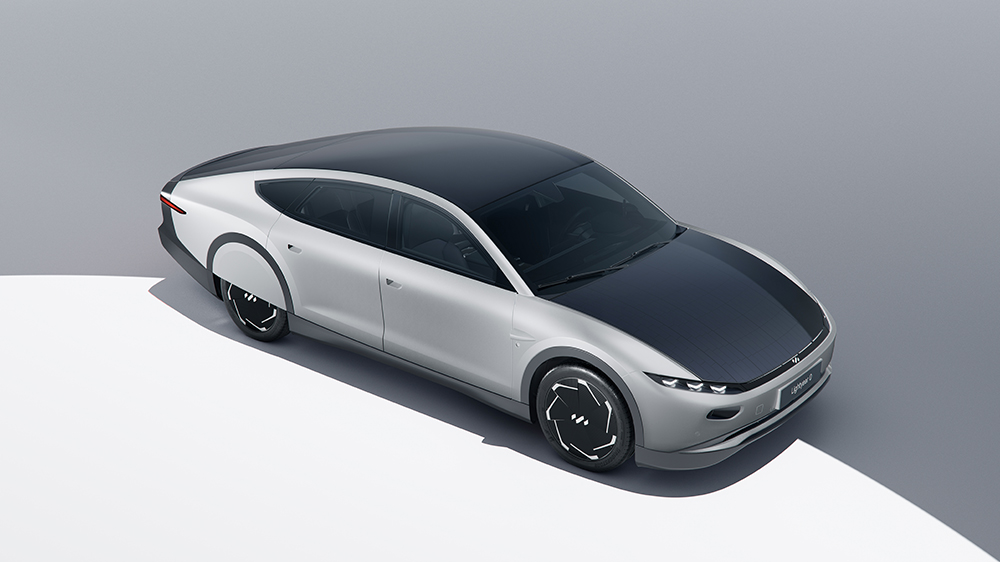 The Lightyear 0, a solar-powered EV that can go months between battery charges, has finally entered production.

The Dutch startup recently announced that it had begun building its boundary-pushing debut vehicle, according to Jalopnik. The 0 isn’t the only solar electric car that’s been in the works, but it is the first to go into production.

As automakers rush to release EVs, it can be hard to design one that stands out. That shouldn’t be a problem for the 0, though. The sedan may look like any other premium EV at a glance, but the top of the car, from its hood to its tail lid, is lined with solar panels that help keep its 60-kWh battery pack charged.

The solar cells will have a big impact on how much time you spend charging the vehicle. Lightyear claims the panels can provide up to 44 miles a day. That may not sound like that much, but the brand says that in the Netherlands, drivers who cover roughly that distance per day could easily go two months between charges in the summer. And if you live somewhere even sunnier, like Portugal, the time between charges could be as long as seven months, according to Jalopnik. Range shouldn’t be that much of an issue during the darker months of the year, either. The 0 can travel 388 miles between charges, based on Europe’s WLTP testing cycle.

Lightyear previously announced that it planned to build just 964 examples of the 0 at its factory in Finland. At first, only one car per week will roll off the line, but the brand hopes to bump that number up to five per week by the end of 2023.

“Starting production of Lightyear 0, the first solar car, brings us a big step closer to our mission of clean mobility for everyone, everywhere,” Lex Hoefsloot, Lightyear’s CEO and co-founder, said in a statement. “We may be the first to achieve this, but I certainly hope we aren’t the last.”

Unsurprisingly, an EV as unique as the 0 doesn’t come cheap. Lightyear’s sedan starts at €250,000 (about $262,000). If a quarter-million seems a bit steep to you, you’re in luck. The brand plans to introduce a more accessible solar electric car called the 2 by the middle of the decade.