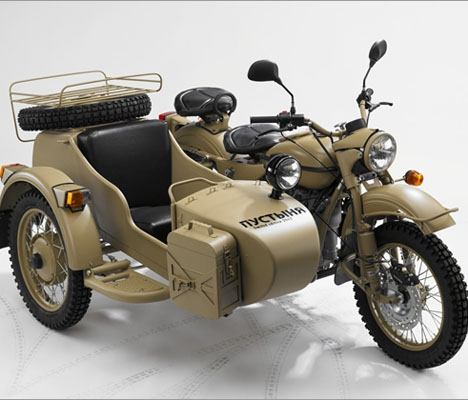 If you’ve ever dreamed of channeling Indiana Jones, Ural’s limited-edition Sahara might fulfill a few deep-seated adventure fantasies. Ural cites the European Pustinja model as inspiration, and the Sahara’s evocative bodywork is clad in a shade of light brown that’s more World War II than 2009. The Russian-built motorcycle with sidecar is equipped with a durable air-cooled, flat twin-cylinder powerplant, and an engageable sidecar driveshaft, not to mention functional accessories like a gas canister, shovel, and spotlight. Built in a limited-edition batch of only 18, the Ural Sahara ($13,949) promises a unique, rugged ride for you and two intrepid passengers. (www.imz-ural.com)