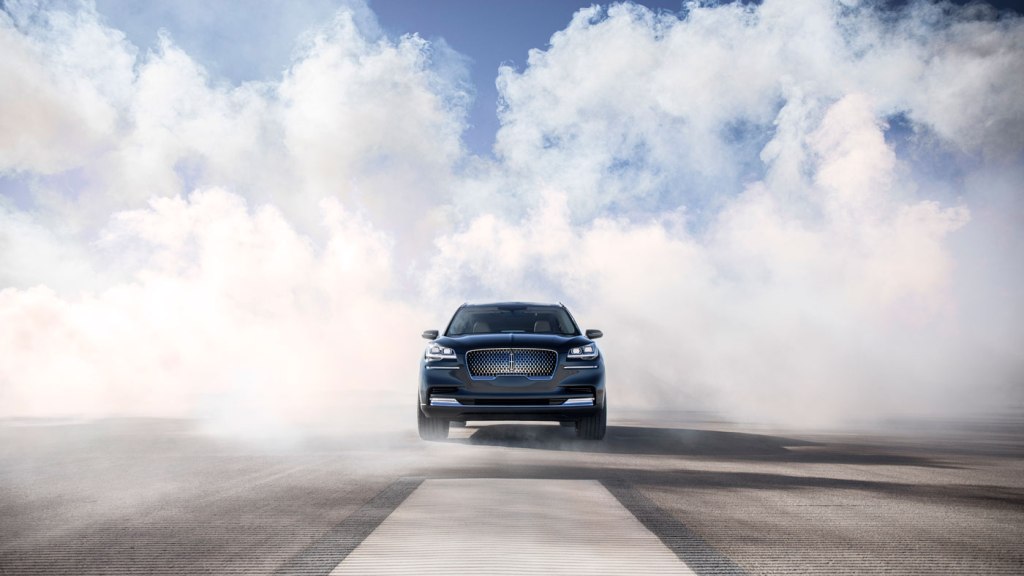 Lincoln turned heads this year at the New York International Auto Show with a preproduction version of the all-new Aviator—a model with an alluring design and three-row practicality. Smaller than the Navigator, the Aviator will compete with other luxury crossovers such as the Lexus RX.

At a time when many manufacturers are pushing aggressive designs, Lincoln design director David Woodhouse and his team are taking a different approach.

“We don’t want to be about attack; we want to be about seduction,” Woodhouse told us. The mantra of the Aviator is “quiet flight,” taking inspiration from gliding and ballet dancing. Woodhouse points out subtle movements in the sheet metal, which he calls the “S-curve,” on the side body panels and hood. This is a noticeable contrast to other brands’ designs that employ sharp angles and severe creases.

The Lincoln Aviator will be offered with a choice of traditional or hybrid power train.  Photo: Courtesy Lincoln Motor Company.

At the same time, a rear-wheel-drive architecture gives the Aviator some muscle. “It’s got this awesome stance,” Woodhouse says. “The most iconic American products have always had a rear-wheel-drive proportion, like the Hughes H-1 airplane [a racing aircraft built in 1935].” Woodhouse also calls out smaller details, such as the Aviator’s quad headlamps and the reversed-mesh detail on the front grille.

When the production version appears next year, the Lincoln Aviator will be offered in both traditional gasoline and plug-in hybrid variants. Woodhouse says the latter will be an ideal fit for the brand’s image. “We try to eliminate unwanted sounds, and the best way that we can do that is with an electrified power train,” he explains. Although exact specifications haven’t been announced, Aviator’s head engineer, John Davis, says the plug-in variant will pair a twin-turbocharged gas engine with an electric motor.

The interior reflects the aviation theme with a navy-and-tan color scheme that also hearkens back to vintage airplanes. Woodhouse says he wanted the inside to “create a sense of floating.” As with the Continental sedan and the Navigator SUV, the Aviator makes extensive use of horizontal lines. And despite the Aviator’s raked roofline (part of its aesthetic appeal), the third row is large enough for 6-foot-tall passengers.

New technology includes the ability for the driver to use their phone as a key and even assign a temporary passcode for a valet. Drivers can also start the vehicle, open the tailgate, and turn on climate control remotely. The Aviator will be offered as part of Lincoln’s new monthly subscription service, which is currently offered in select markets.