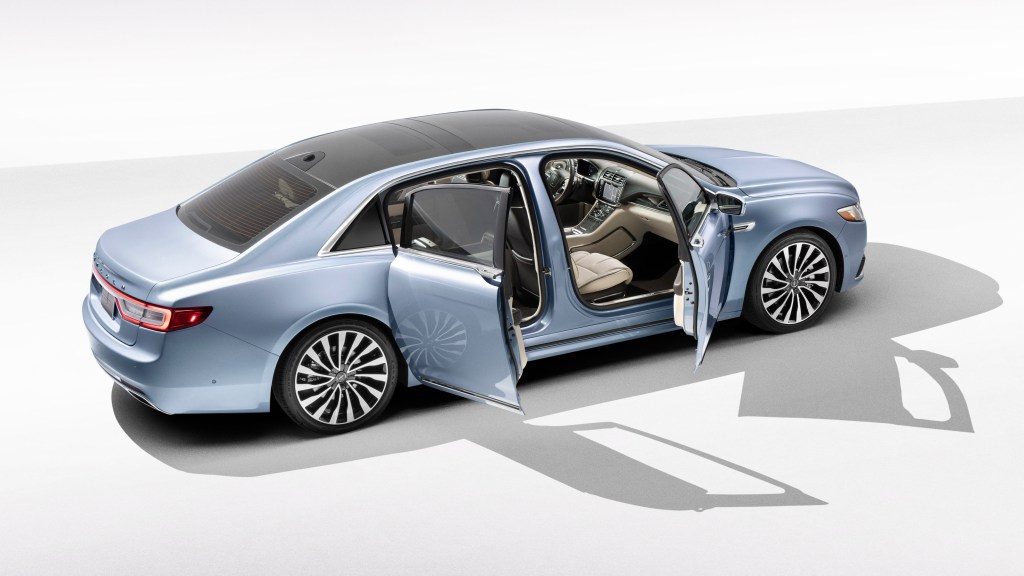 Bad news for anyone who saw the new Lincoln Continental Coach Door Edition last month and thought, “Look at those incredible suicide doors. I must own one.” Ford Motor Company announced that the 2019 model was completely sold out, with the Detroit Free Press noting that all 80 units were snapped up within 48 hours of the vehicle’s debut.

A marketing director at Lincoln told the Detroit Free Press, “Our first two calls came from New York and the West Coast, each wanted to be first. One customer was one of these people who could have whatever they wanted, and he wanted to match the Lincoln with his aircraft.” (Makes you wonder which aircraft that discerning gentleman is attempting to pair his forthcoming Lincoln with?)

That unit cap was derived from the fact that it’s the company’s 80th birthday, and Ford MoCo’s been busy sifting through scores of applications to select the right folks—no insight is known about the selection process—and those who made the grade will be informed of their good fortune sometime in February. Delivery is slated for the summer.

The Limited Edition Conti will be produced in conjunction with Boston-based coach-builder Cabot, who will oversee stretching the wheelbase and putting in the iconic suicide doors. Under the hood, a 3.0-liter twin-turbo V-6 with 400 horsepower and 400 lb-ft of twist.

Missed the boat? Fret not. Due to the overwhelming demand, Lincoln promises another limited run of vehicles in 2020, with more details to come soon.