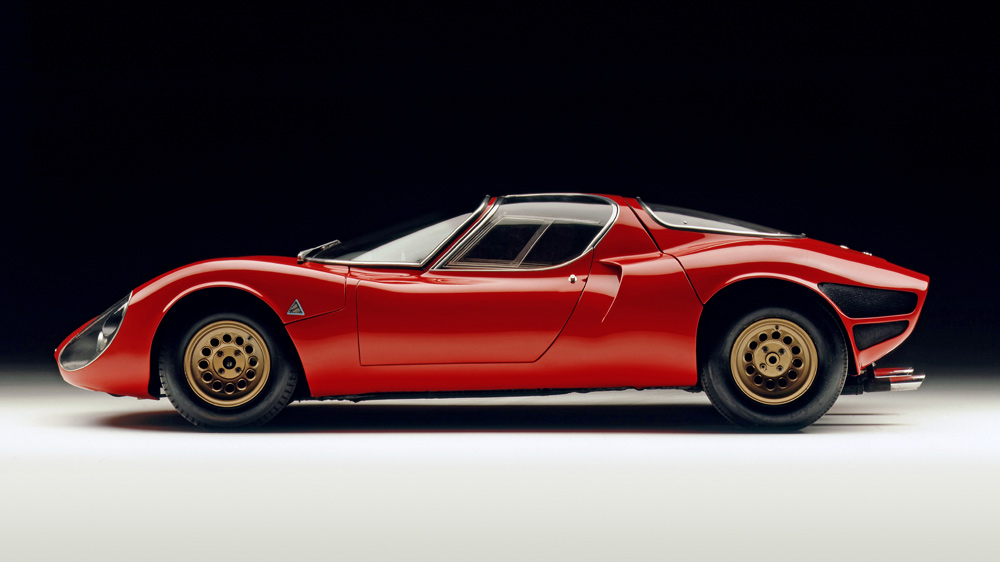 Courtesy of FCA US LLC.

For those who regard style, finesse and balanced performance as the true measure of a car, and for whom history and pedigree are important, few marques shine like Alfa Romeo. Celebrating its 110th year, the Milanese automaker is older than most, having survived two World Wars, financial and fuel crises and a spate of owners, the most recent being Stellantis. But most Alfa lovers—and who isn’t?—are optimistic about the marque’s future under a new corporate umbrella that encompasses 14 automotive brands, including Fiat, Maserati, Dodge and Citroen.

Probably more so than any other marque in the Stellantis stable, Alfa Romeo is the one whose design legacy has had the greatest influence, independent of its broad accomplishments in engineering and motorsports. Fiat 500s and Pandas have impacted the landscape in greater numbers; Maserati’s original Ghibli remains a high watermark of automotive beauty, and Jeep’s indefatigable role in World War II makes it one of the most important vehicles ever made. But as a style leader, Alfa Romeo has, from the beginning, led the charge.

Part of that comes down to the fact that, prior to the 1950s, Alfa Romeo was a luxury carmaker whose chassis were dressed by the finest coachbuilders in Italy. And so, the sheer variety of prewar Alfas is staggering, and most are staggeringly beautiful. Ushering in series production from the mid-1950s was the Giulietta (Tipo 101 and 750) in coupe, spider and sedan form, as well as numerous specials. Throughout the company’s history, Alfa Romeo has shown the world that great design can be expressed as eloquently in a modest city car as it can in a concept-car masterpiece.

There is no shortage of seductive Alfa Romeos. The company’s affiliation with Italian carrozzerie goes back to the beginning, comprising a who’s who of coachbuilders and individual designers whose indelible marks resonate as loudly today as they did when their creations were new. A few were Franco Scaglione at Bertone, Pinin Farina, Ercole Spada at Zagato and Carrozzeria Touring’s Carlo Felice Bianchi Anderloni. A look at the A+ designs through the decades makes it difficult to single out just a handful.

We recently spent an hour in a virtual presentation by Alessandro Maccolini, head of design for Alfa Romeo, who noted that the marque’s identity comes from its unique front face, and the “tri-lobo” grille that flanks a triangular center with horizontal spears to either side. An Alfa Romeo’s shape is characterized by ideal proportions, and must have timeless style that engages onlookers long into the future.

Certainly, the sight of a Duetto (think The Graduate) brings smiles today just as the first one did in 1966. According to Maccolini, the two principal reasons customers buy new Alfa Romeos are for their exterior styling and engine performance. Customers “want ‘something else,’” he explained. Asked which are his favorites of all, he acknowledged it was “not easy.” Ultimately, it came down to the 33 Stradale, “which represents the perfect proportions of the human body,” then the Duetto Spider, and finally, a 21st century tribute to Centro Stile, the Alfa Romeo 8C. A review of the following proves that an Alfa Romeo will never be mistaken for any other car.