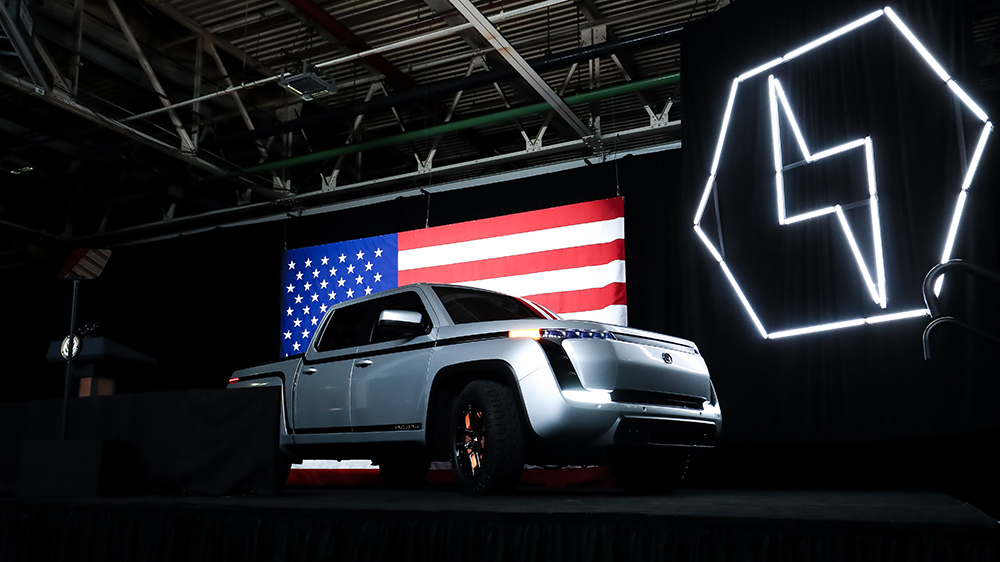 It was always going to be difficult to top Elon Musk’s shattering Cybertruck debut, but Lordstown Motors certainly came out swinging at today’s premiere of the hotly anticipated Endurance pickup. The marque made a series of bold claims and enlisted none other than Vice President Mike Pence to drive the all-electric brute onto center stage.

The reveal, which was live-streamed via YouTube, ran for more than an hour and was watched by more than 4,000 auto enthusiasts online, as well as the IRL audience of government officials, partners and staff.

Prior to Pence’s joyride, the company’s CEO Steve Burns spoke at length about Lordstown’s epic production plant which covers 6 million square feet (or 108 football fields) and is packed with thousands of robots. After a good dose of Ohio pride and self-promotion, he moved finally moved onto the “belle of the ball.” Burns made a series of claims about all-wheel brute, stating the “75 miles/gallon equivalent” will have the best traction, fuel economy, safety and handling of any pickup ever made. He also drew attention to the innovative 4-wheel-drive hub-motor system.

“There are only four moving parts in the drivetrain of this vehicle and those are the four wheels,” Burns said. “Just to put that into perspective, a modern-day four-wheel-drive pickup truck has thousands…and every moving part is a decrease in efficiency.”

The Endurance will be the first production vehicle to utilize this system, which is said to reduce breakdowns, as well as running and maintenance costs. The battery-powered engine, meanwhile, will deliver 600 horses to push the pickup to 80 mph at top speed. The truck is estimated to have a towing capacity of 7,500 pounds and a range of more than 250 miles.

“Our goal is to be the first electric pickup truck in the world,” Burns said before announcing “the real McCoy” production vehicle will be available early next year. If all goes well, the Endurance may beat Elon Musk’s Cybertruck, which is set to debut in late 2021, to market by a few months.

If you’re ready to put the pedal to the metal, Lordstown is now taking $100 deposits. According to the company, more 14,000 pre-orders have already been made. The Endurance is priced at $52,500, before tax credits.

Check out more pictures of the pickup below: