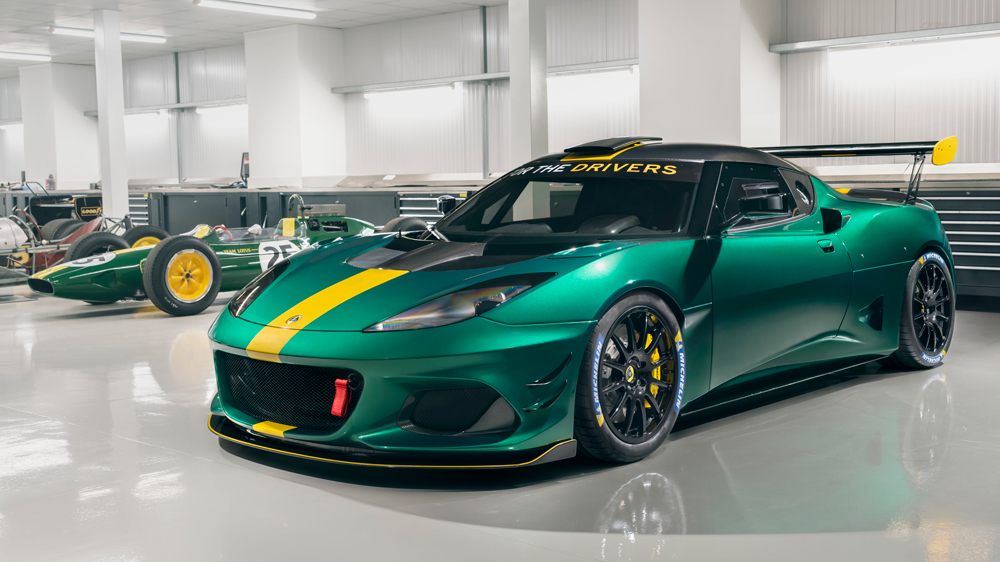 “Adding power makes you faster on the straights, subtracting weight makes you faster everywhere,” once stated the late motorsport engineer Colin Chapman, founder of the company now known as Lotus Cars. The accurateness of his axiom is demonstrated annually at the Goodwood Festival of Speed in West Sussex, England.

This year’s edition, from July 4 through 7, carries the theme ‘Speed Kings—Motorsport’s Record Breakers.’ Fittingly, Lotus will be on hand with its present production lineup (Elise, Exige, and Evora) complemented by the British marque’s Evora GT4 Concept, the record-setting Type 25, and several of its other memorable cars from competition.

A crowd favorite is sure to be the Lotus Type 25 that two-time Formula 1 world champion Jim Clark set a Goodwood lap record with in 1965. One of seven cars constructed for the Lotus team, Clark piloted the one designated R6 around the course in 1 minute, 20.4 seconds—a time that was remarkably matched during the same race by Jackie Stewart. Although the official lap record now belongs to Nick Padmore, who took a Lola T70 Spyder around Goodwood in 1 minute, 18.271 seconds in 2015, the times by Clark and Stewart still stand as the contemporary course has been altered.

The four-day event features automobiles and motorcycles of differing eras competing against one another on its now iconic hill-climb course. Among the field facing the timed challenge will be a Lotus 18 (chassis No. 912) that Stirling Moss captured the 1961 Monaco Grand Prix in, now to feature Colin Chapman’s son Clive behind the wheel. Also one to watch will be the Lotus 72 (chassis No. 5) with Emerson Fittipaldi as pilot. It’s a driver’s seat that Fittipaldi is familiar with since it’s the same machine that helped him earn the 1972 Formula 1 World Championship.

Also running up the hill will be the marque’s latest entry in the GT4-class of competition, the Evora GT4 Concept revealed at this year’s Auto Shanghai exhibition in China. The racer features a lightweight aluminum chassis, a carbon-composite body and a power-train configuration comprising a 450 hp, 3.5-liter V-6 and a sequential 6-speed transmission (enabling a top speed of 170 mph).

Attendees at the 2019 Goodwood Festival of Speed will also have the opportunity to win what Lotus is touting as its 100,000th road car produced—a one-off Evora GT410 Sport signed by Formula 1’s roster of racers for this season. Proceeds from the drawing’s tickets will go to the Jim Clark Trust.