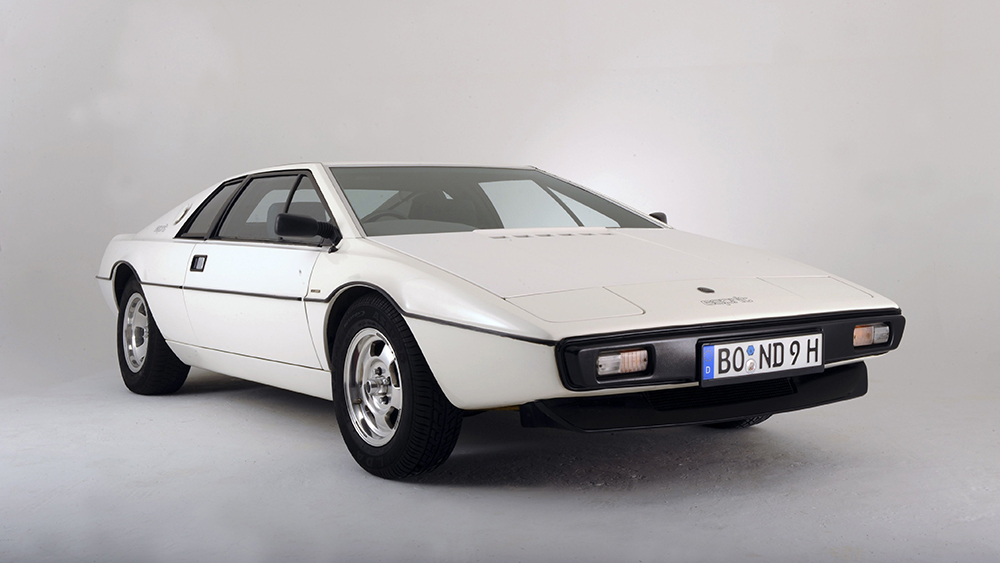 Back in November, Musk tweeted that the new EV design was “influenced partly by The Spy Who Loved Me,” and in particular, he said, by the 1976 Lotus Esprit, which made a memorable cameo in the movie. But the vintage sports car has an off-screen backstory that’s just as unlikely and cinematic as the James Bond classic.

It all started in 1989 when a couple from Long Island paid $100 for an unclaimed storage unit on offer at a blind auction, according to NBC. Neither the seller or the new owners had a clue what was inside. Yet, hidden beneath some old blankets was a Lotus Esprit used in the 1977 Bond flick.

Cybertruck design influenced partly by The Spy Who Loved Me https://t.co/HKBzxFNfzm

In the movie, the sports car is nicknamed “Wet Nellie” because it famously transforms from a sporty two-seater into a missile-firing submarine capable of taking out helicopters above the surface. It was one of only eight used in filming, but the significance of the rare find was initially lost on the New York couple. They had never seen a Bond flick.

At first, “they really didn’t know what it was,” Doug Redenius, co-founder of the Ian Fleming Foundation, which authenticated the car, told NBC News. “They had no idea how valuable their discovery was.”

But after truckers transporting the Esprit informed the owners of its star status, the couple had it cosmetically restored and then listed the vehicle with Sotheby’s. In 2013, the car sold at auction to a secret buyer—later identified as Musk—who reportedly parted with $997,000 for the vehicle.

In 2013, the Tesla founder told Jalopnik that he was disappointed to learn that the vehicle “can’t actually transform.” But even then he had other plans in mind for the car. “What I’m going to do is upgrade it with a Tesla electric powertrain and try to make it transform for real,” Musk said.

Musk may not have created an underwater car with ballistic capabilities (a tough ask, in fairness), but he did happen make one of the most highly  anticipated pickup trucks in recent history. Given its origins, we’re just a little disappointed it’s not called the Lotus Truck.