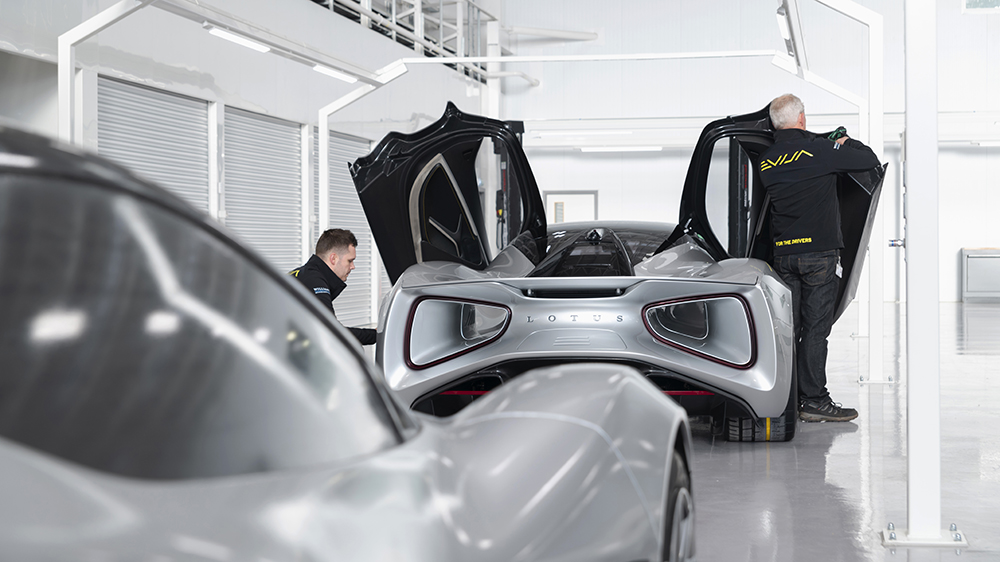 The wait for the first fully electric hypercar won’t be much longer if Lotus has anything to say about it. The British automaker is ready to press forward with production of the battery-powered Evija following the completion of a new manufacturing facility in the east of England.

Located in Norfolk, East Anglia, the new plant was unveiled by Lotus on Wednesday afternoon, according to a press release. Specifically designed for production of its first EV, the facility is located right next to the esteemed 2.2-mile circuit where the company has historically tested out its vehicles.

“This is now the newest car production facility in the world, and to witness it move from the drawing board to reality has been deeply satisfying,” Lotus Cars CEO Phil Popham said in a statement. “It’s testament to the commitment of all involved, and is the perfect sleek and high-tech production home for the Evija at our iconic Hethel headquarters.”

Construction of the new plant began last summer around the same time Lotus shocked the auto world by announcing the Evija, its first entirely new vehicle since 2009. Specifically designed for production of the hypercar, the facility will feature an overhead gantry crane, multiple vehicle lifts and a wheel alignment ramp. It will also feature a state-of-the-art light tunnel where each car will be inspected before undergoing testing on the track next door.

The first cars to roll off the line at the new plant will be the final prototypes for last stages of the testing process. Production of the first 130 Evijas is expected to begin later this summer, with deliveries to follow later in the year.

A look inside the new facility where the Lotus Evija will be built.  Lotus

Announced last August, the $2.2 million Evija will be the world’s most powerful production car when it’s released. The model is set to feature an electric powertrain capable of producing 1,972 horsepower and 1,253 lb-ft of torque. It can go from 0-to-62 mph in less than three seconds and hit a top speed of over 200 mph.