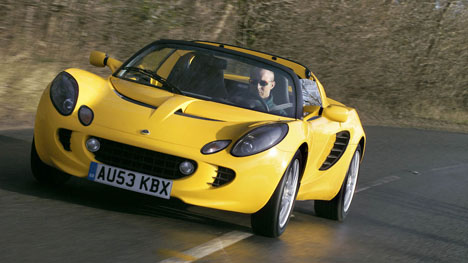 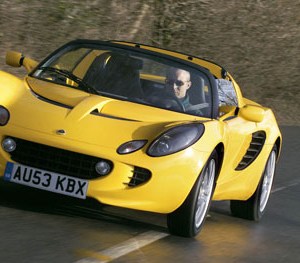 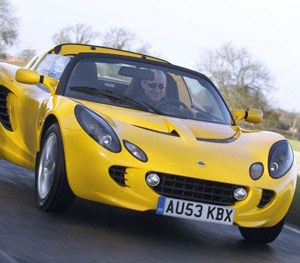 Even with less than restrained optioning, it’d be a mighty stretch to suggest that the elfin Lotus Elise—all 1,984 pounds of it—could ever be overburdened by creature comforts and aesthetic frippery. But the British sports car maker’s storied founder Colin Chapman was maniacal about keeping his racing and road-going cars feather light and unfettered by superfluous equipment, once memorably advising: “Simplicate, then add lightness.” To that end, Lotus unveils the new Elise “Purist Edition,” a model that holds the line on the mid-engine roadster’s defiantly ascetic list of standard features, eschewing pretty much anything that doesn’t help the car go, turn, or stop—things it happens to do with preternatural aplomb.

With only one port-installed option available (a $995 paint-protecting film called Starshield), it’s as close to off-the-rack as handcrafted European sports cars get. Simply pick your color (it’s available in Ardent Red, Monaco White, or Saffron Yellow) and go. Like the standard Elise, the Purist Edition employs a Toyota-supplied 189-horsepower four-cylinder engine and a close-ratio six-speed manual transmission. It will happily scoot to 60 mph in less than five seconds and hum to a very breezy 150 mph. And lest you imagine this most Spartan Elise forgoes all concessions to human comfort and convenience, the cockpit boasts a racy Momo steering wheel and superbly supportive black leather seats, along with a four-speaker CD audio system, power door locks, a tire-pressure monitoring system, and air conditioning. And the Purist Edition arrives with a notably lighter sticker price, too: $43,995, which is $3,255 less than the standard Elise and a hefty $10,995 less than the 218-horsepower, supercharged Elise SC. And that promises to make this Elise a very fast mover indeed. (www.lotuscars.com)