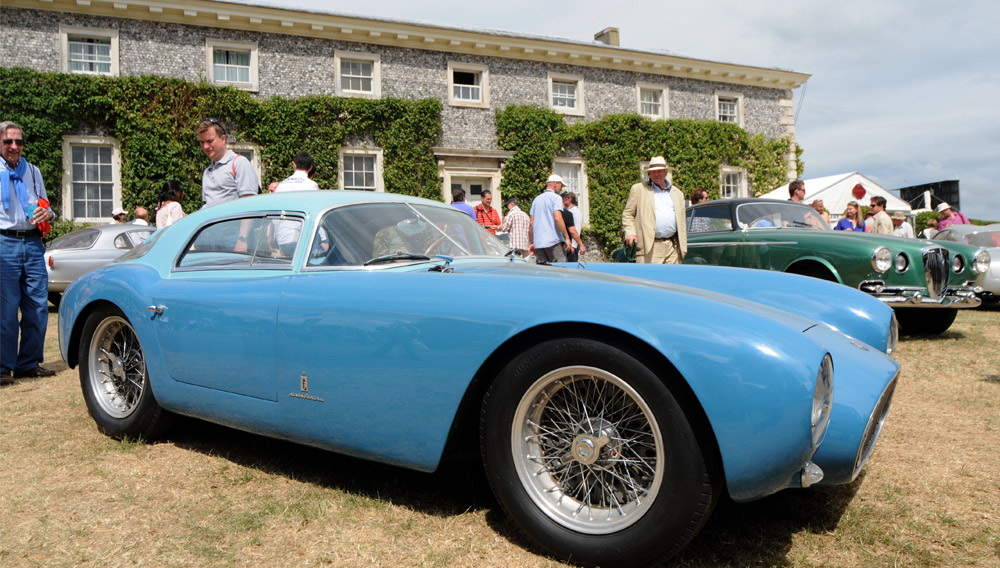 Maserati is marking its centennial with concours, rallies, and events around the world.

The festival will feature Maserati races, parade laps, heritage car demonstrations, and an 85th birthday salute to Sir Stirling Moss, the Hall of Famer who drove for Maserati in F/1. The heritage display will feature at least a dozen cars, including the Tipo 60 Birdcage and the 250F.

Maserati is a featured marque at the 64th annual concours, one of the most acclaimed car shows in the world. The bulk of the Maserati show field will range from 1928 through 1960, and the Tipo 8CTF, which won the Indianapolis 500 twice, will be on hand. A Maserati display will feature new cars.

The five-stage road rally will take participants in a 121-mile loop reaching as far north as Davos before returning to St. Moritz. Only pre-1984 Italian cars are invited, and there will be a category dedicated to Maseratis.

Maserati will be featured in two exhibits at the Chantilly estate’s first concours. Maserati’s racing history will be traced from the Tipo 26 of the 1920s to the MC12 of 2000. The show will also highlight Maserati’s coachbuilt era, which ran from the mid-1940s until the early 1960s.

The Goodwood Revival is a three-day festival for cars and motorcycles that competed at the track from 1948 until 1966. Maserati is a sponsor in the annual celebration of racing’s history. The 250F, 300S, Tipo 60/61 Birdcage, and A6GCS are expected to compete.

September 18 to 20; starting in Modena, Italy

More than 200 Maseratis from around the world will embark on a three-day drive across Italy, with stops at many key locations from Maserati history starting with a visit to the Maserati factory in Modena. On September 19, participants will drive from Modena to Turin, with a stop at the San Martino del Lago circuit in Cremona and a parade in that town. On the 20th, the tour will drive from Turin’s Piazza Castello to Grugliasco, home of the Maserati factory that produced more than 10,000 cars last year. Back in Turin, a Concours d’Elegance will be held in Piazza San Carlo.

The Australian International Concours d’Elegance and Classic Motor Show will feature a special class for Maseratis, with examples of both road cars and early racing cars