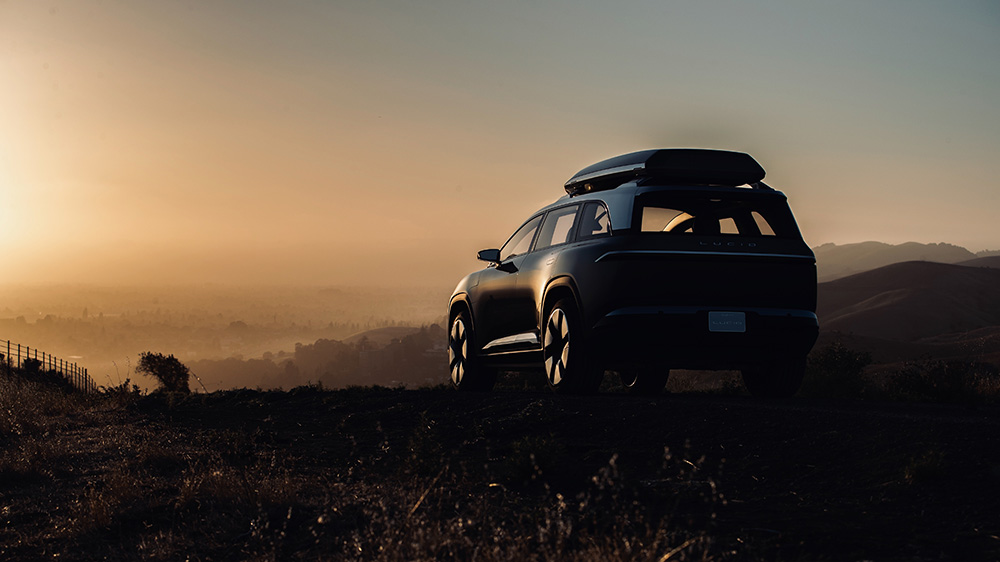 The Lucid Air sedan may have been the center of attention during its big online public debut on Wednesday, but it wasn’t the only EV to turn heads. The California-based company also used the unveiling as a chance to release the first official pictures of its next vehicle, an electric SUV.

During the presentation, the electric car startup revealed that it’s hard at work on an SUV, which it’s currently calling Project Gravity, reports Car and Driver. The crossover-style vehicle will be built on the same electric platform as the Air, signaling Lucid’s plans to develop a whole series of EVs.

Though the pictures are shadowy, they suggest that the SUV will share the Air’s sleek, curvy design language. And, as you would expect from a crossover, it will be the bigger and curvier sibling of the company’s upcoming sedan.

The existence of the upcoming SUV is no surprise at this point. Lucid CEO Peter Rawlins confirmed the SUV’s existence last month, and a prototype was spotted in public shortly after. But the new images are the first official, concrete information that’s been made public about the vehicle. During Wednesday’s event, it was also made clear that Project Gravity will be part of a planned range of vehicles, and that it will reportedly be ready in a “couple years.” The fact that the automaker was confident enough to tease the SUV during the event suggests Lucid is confident the vehicle is not far off.

While a “couple years” may sound like a long time, the Air should tide over EV enthusiasts until then. Although it’s biggest selling point—its 517-mile range—was already public, Wednesday’s unveiling included a number of interesting new tidbits: the sedan has 1,080 horsepower and can cover the quarter mile in just 9.9 seconds.

The 2021 Lucid Air Dream Edition will cost $169,000 and is expected to begin deliveries next spring.