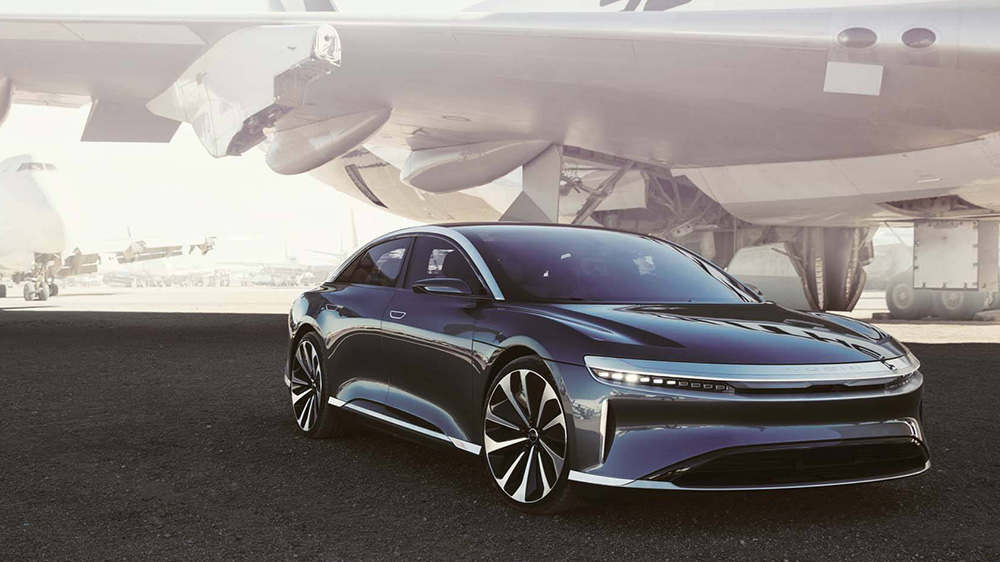 It’s going to take a while for any automaker, especially a startup, to loosen Tesla’s grip on the EV throne. But that’s not stopping Lucid Motors from giving it a serious go. And the company’s first vehicle looks like it may be able to better Tesla in one very important area—range.

On Tuesday, the California-based company revealed that its upcoming Air sedan is estimated to have an EPA-rated range of 517 miles, reports CNBC. Not only would that figure set a new standard for the industry, it’s 115 miles more than the next closest vehicle currently on the road, the Tesla Model S Performance.

The bold claim was made in a video posted across the brand’s social channels. In the short clip, the Air is shown strapped to a dyno and undergoing what one can only assume is vigorous testing.

“It’s unprecedented. It’s a big step forward,” the company’s CEO and CTO Peter Rawlinson told the financial news network. “How we were able to achieve that is a holistic view of all the technology in the car.”

To understand the potential draw of the Air’s estimated range, one need only look at the range of EVs currently on the market, the vast majority of which come in well under the 300-mile mark. Perhaps the biggest criticism of Porsche’s first electric vehicle, the Taycan, is its relatively paltry EPA-rated range of 201 miles. In fact, it was only earlier this summer that the Model S Performance became the first production EV to break the 400-mile barrier, when Tesla announced the vehicle could go 402 miles on a single charge.

But it’s worth noting that the Air’s 517-mile figure is only an unofficial estimate. The mark was achieved during an independent test that sought to mimic the EPA’s methods but was not actually overseen by the federal agency. But even if the official production number comes in lower, it still sounds like the company has been able to surpass easily its initial goal of a 400-mile range.

Tuesday’s announcement is likely to only stir up even more excitement for the Air, which is scheduled to be  officially unveiled on September 9. The eagerly anticipated EV is expected to go into production next year at a plant currently under construction in Arizona.