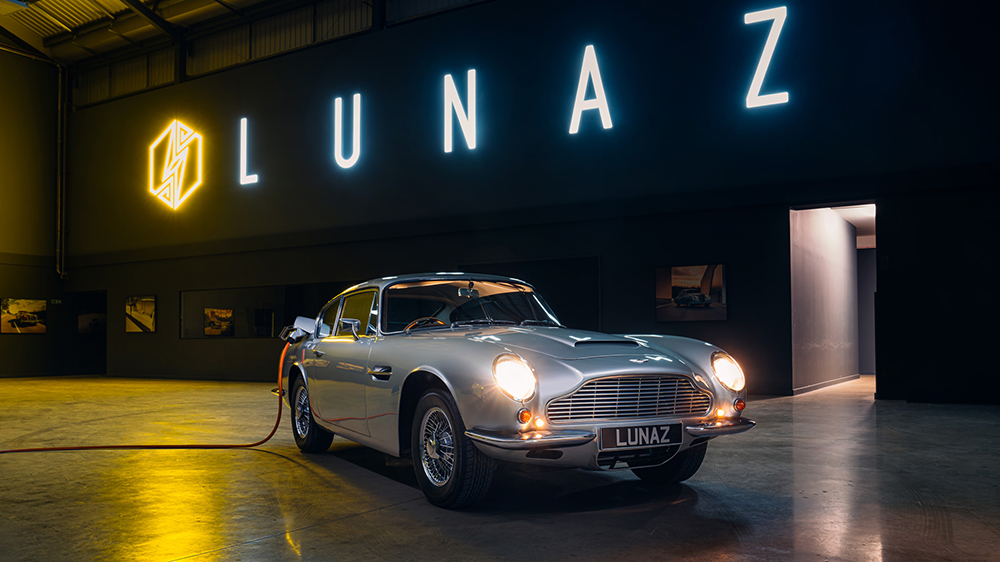 Lunaz wants to keep the Aston Marin DB6 on the road as long as possible.

The shop, which is best known for electrifying classic British autos, announced on Thursday that it plans to start doing the same for the classic grand tourer. The company will restore the DB6 to like-new condition and then future-proof its powertrain.

So, why this model? The sleek GT may not be as famous as its predecessor, the James Bond-favored DB5, but it is one of the most beautiful British cars of all time. The graceful coupé, which was beloved by rockstars like Mick Jagger, was built between 1965 and 1971 and features a more elongated and aerodynamic body than its older sibling. But the DB6 was more than just a good looking car. It also had improved specs, including a 4.0-liter straight-six engine capable of generating up to 282 hp and 295 ft lbs of torque.

As impressive as that mill may have been at the time, it’s now 50 years old. Which is where Lunaz comes in. In addition to restoring the car’s exterior and interior, the shop will swap out the DB6’s dated, gas-powered drivetrain for one that’s entirely electric, just as it did for the Jaguar XK120, Rolls-Royce Phantom V and classic Range Rover before it. Exact specs haven’t been made available, but the electromod will feature an 80 to 120kWh battery pack, fast-charging and a respectable 255-mile range, according to Autoblog. We doubt you’ll want to use it as an everyday driver, but Lunaz says its well-suited to “long continental journeys.”

Of course, an electrified DB6 will cost you and arm and a leg. First, t=you’ll have to provide the donor car, which can cost close to $500,000, and then you’re on the hook for the actual electrification. Lunaz hasn’t put an exact price on the process, but it will reportedly cost in excess of $1 million, before fees and taxes. The company plans to offer the same service for the DB4 and DB5, but those are expected to cost even more. The price will certainly prove too steep for some. For real Aston Marin loyalists, however, extending the life of one of the most striking cars ever built will be entirely worth it.