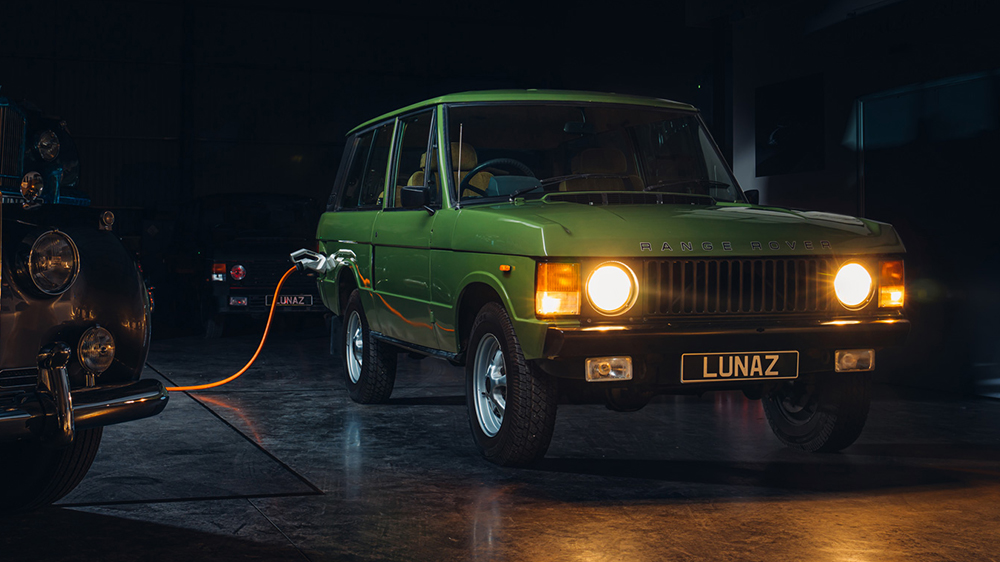 Lunaz has just unveiled the ultimate lean, green, electric machine. The UK outfit, which has built its reputation on transforming rarified classics, has debuted a battery-powered riff on the iconic Range Rover SUV.

The four-wheeler is based on the classic models the marque built from 1970 to 1994 and has been designed for eco-conscious, 21st-century drivers with an affinity for retro styling. From afar, it looks just like the vehicles that rolled off the production line, with a deliciously boxy silhouette that will please purists. Under the hood, however, it’s an entirely different story.

The zero-emissions SUV has been fitted with a new electric powertrain and is now being offered in two different trim levels that can be further tailored to each driver’s needs.

The Town specification, available with standard or long wheelbases, is designed for city environments and focuses more on cruising comfort. The Country configuration, meanwhile, is geared toward off-roading and offers four-wheel drive, updated suspensions and braking and anti-roll bars. It’s available in a three-door or four-door body style.

Inside, it’s all about luxury. Each car will feature fully personalized upholstery and paneling. Drivers can also opt for a backseat bar area—ah, that’s a no brainer—front infotainment systems, full entertainment screens and air conditioning.

The Range Rover, of course, is just one of many electrified restomod projects Lunaz has undertaken. The shop has given the treatment to luxury cars ranging from the Rolls-Royce Phantom to the Jaguar XK120. The process, which is overseen by Former Renault F1 director John Hilton, is nothing if not meticulous: The team first weighs the car to understand its original weight distribution and handling before removing the gas-guzzling engine and any other redundant parts (gearbox, fuel tank, exhaust, etc.). The car is then weighed again to work out exactly how many pounds to allocate to the front and rear battery packs to achieve a balance that’s appropriate for the model.