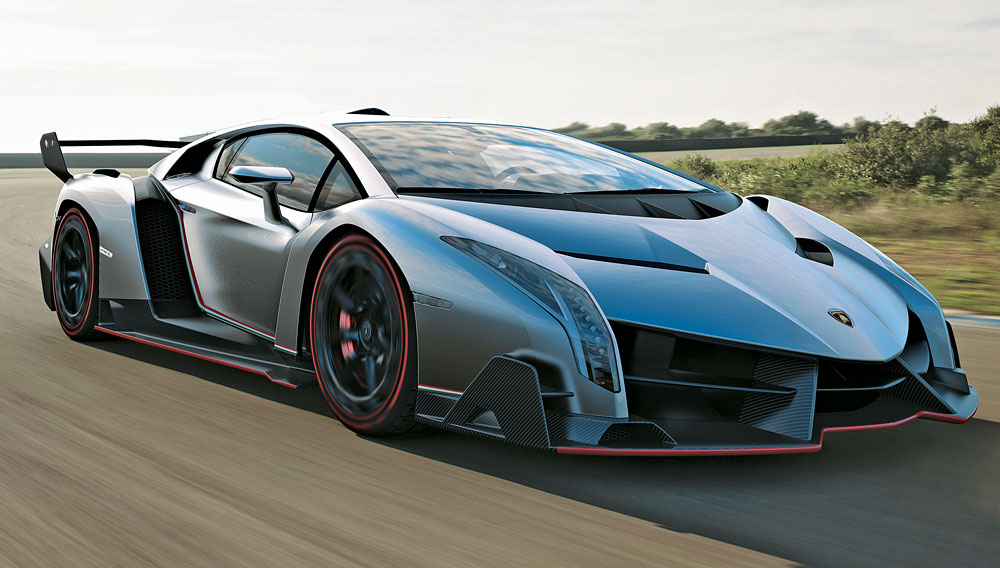 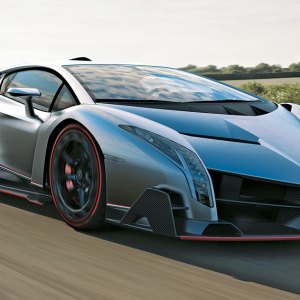 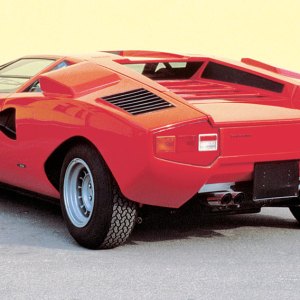 Since its founding 50 years ago, Lamborghini has consistently heralded the future and fueled imaginations with its groundbreaking designs. The revolutionary shape of the 350 GTV prototype of 1963—styled by Franco Scaglione, whose design philosophy was antipodal to that of Lamborghini’s more conservative competitor, Ferrari—established Lam­borghini as the marque that takes chances and pushes the boundaries of what is possible.

In the early years, the visions of founder Ferruccio Lamborghini and a trio of creative young engineering talent—Giampaolo Dallara, Giampaolo Stan­zani, and Bob Wallace—guided the company. To realize those ideas, Lamborghini collaborated with Nuccio Bertone, whose carrozzeria was looking for a performance marque that could produce the engines (Lamborghini used a V-12 design commissioned from Giotto Bizzarrini) and underpinnings for its brilliant designers’ creations.

The Miura (1966)—penned by Bertone’s Mar­cello Gandini, and the first of the Lamborghini models named for a fighting bull—spawned a mid-engine revolution. The Espada (1969), derived from Bertone’s otherworldly Lamborghini Marzal show car, explored the limits of the four-place, two-door supercar. But it was the Countach—a Gandini design first shown as a concept at the Geneva Motor Show in 1971—that put Lam­borghini posters on more walls than any car before or since. The first-generation cars (1974 through 1977) look as fresh and fantastic today as when these Earth-bound spaceships first landed.

In the 1990s, Lamborghini produced the Diablo, whose wicked looks suited its status as the world’s fastest production car. The radical Murciélago followed in 2001 and was not replaced until a decade later by the Aventador, which may be the most sinister-looking creation ever to come from Sant’Agata—unless one counts the Veneno, Lam­borghini’s most extreme and most exclusive model. The three examples that Lamborghini built this year—and sold for about $4 million apiece—demonstrate the marque’s ability to bring cost-is-no-object, ultra-limited-production models to market for customers who consider Lamborghini an automotive genie that grants any wish, however fantastic it may be. www.lamborghini.com