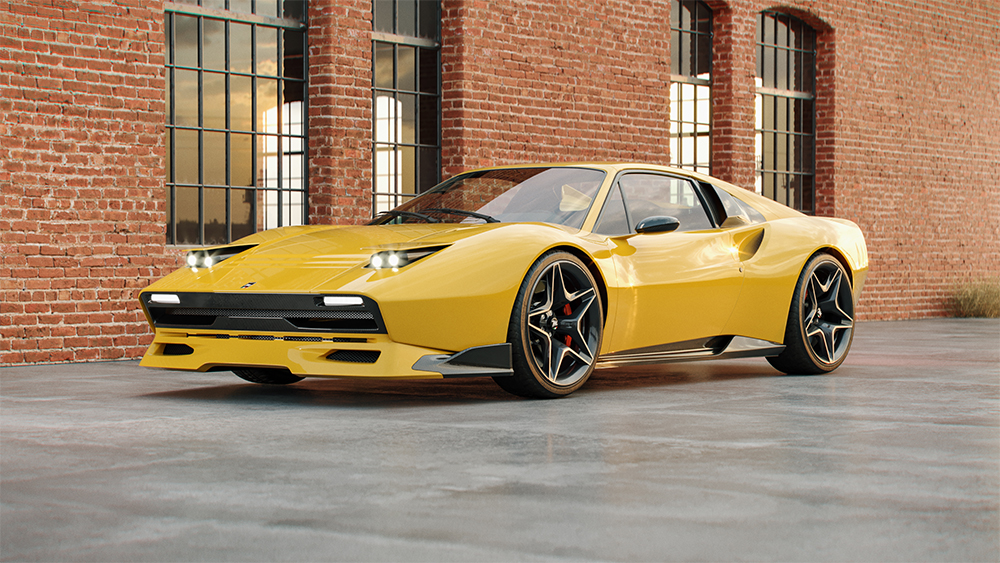 Tom Selleck’s righteous ‘stache behind the wheel of a Ferrari 308 (in Rosso Corsa, natch) is one of those indelible images that defined the ’80s. Four decades later, Gianluca Maggiore was moved to honor Magnum’s Pininfarina-bodied steed by building a better 308 dubbed Project M.

Formed in 2019, Forte dei Marmi-based Automobili Maggiore was inspired by its namesake’s childhood obsession with the familiar Ferrari, which featured prominently in the reruns he watched as a kid growing up in Italy. His latest project, which was unveiled at this year’s Concours of Elegance, goes beyond simply sprucing up the aesthetics of the shapely mid-engine sports car: Maggiore takes a more comprehensive approach with the GranTurismO, which pays tribute to the upmarket 288 GTO. For those not steeped in 1980s supercar lore, the 288 GTO was like the steroidally enhanced cousin to the slimmer 328, packing a more exotic twin-turbocharged drivetrain and a racecar-like focus.

In order to realize the homage, Maggiore went to great lengths to widen the hips, render the swollen bodywork in carbon fiber and rework its mechanical underpinnings. Beneath the skin is a new aluminum suspension, with larger 17-inch wheels replacing the original’s 16-inch hoops and uprated Brembo brakes providing improved stopping power. The extensive surgery affects the engine configuration, rotating it 90 degrees to mimic the longitudinal orientation of the mighty 288 GTO. Spinning the 600 hp twin-turbocharged V-8 around required the expertise of none other than Nicola Materazzi, the engineer behind the original 288 GTO and other supercar icons like the Ferrari F40, Bugatti EB110 and Lancia Stratos. Accommodating the new layout required a repositioning of the gearbox and the design of an all-new subframe.

Materazzi sadly died days before the new model’s unveiling, but the reinterpretation is a wonderful posthumous tribute to his brilliant mind. Accompanying the clever engineering is a fully customizable cabin that should empower new owners to feel a more maximalized version of Tom Selleck—or whoever happens to have graced the posters on their bedroom wall during their formative years.

Click here to see all the photos of the Maggiore GranTurismO Restomod.