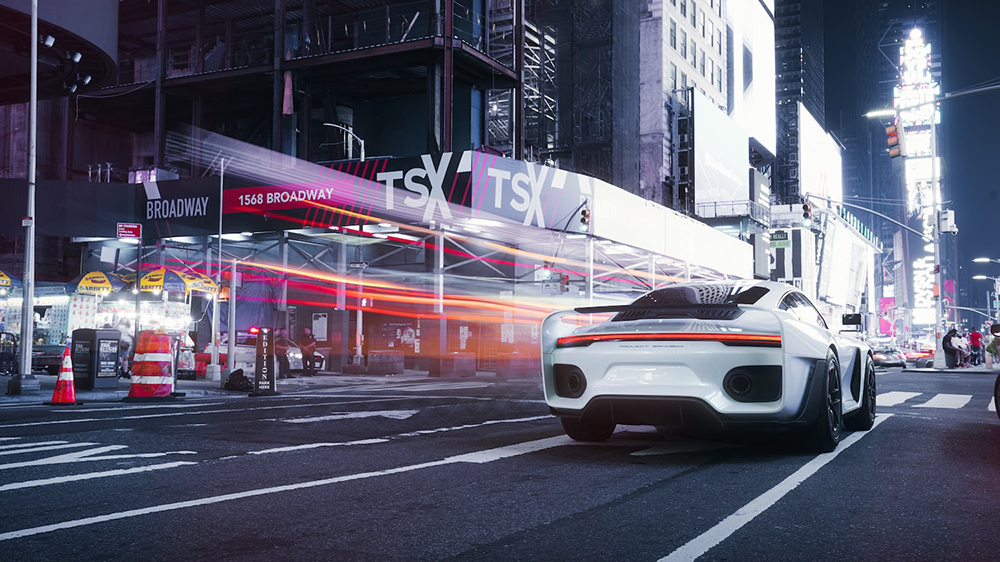 The Marsien is proving it can indeed go anywhere. Launched last year, the all-terrain supercar has traveled from the sand dunes of the Arabian Desert to the Pebble Beach Concours d’Elegance. Now, it’s hit the streets of New York City.

The brainchild of Marc Philipp Gemballa, son of late German tuner Uwe Gemballa, the sleek off-roader was inspired by the Paris Dakar rally era and is based on Porsche’s 992-generation 911 Turbo S. It was recently captured in the Big Apple by photographer Oskar Bakke.

“I’m really impressed with the progress of the Marsien, from shooting it shredding dunes in the rural Al Faya desert, to dodging potholes in busy New York: no matter where it goes it stuns both drivers and spectators,” Bakke said in a statement.

Indeed, the Marsien is quite a stunner. Penned by designer Alan Derosie, known for his striking Porsche 908 concept, the car has a svelte, carbon-fiber body and a futuristic feel. Under the hood, meanwhile, the twin-turbocharged 3.8-liter flat-6 has been tuned by German Porsche specialists RUF to produce 750 hp and 686 ft lbs of torque. There’s even an option to take the boxer engine up to 830 horses if you dare.

Naturally, the go-anywhere rocket sports adjustable suspension by KW Automotive, which hydraulically raises the ride height from the standard 120mm to an impressive 250mm. Bumps in the Big Apple? No problem.

Other highlights include a beasty titanium exhaust by Akrapovič, specially designed aluminum wheels with high-performance tires by Michelin and a striking rear light created by GERG Lighthouse.

Limited to just 40 examples, the Marsien starts at roughly $520,000, plus a donor 911 Turbo S. It’s reportedly selling at “record speed,” with deliveries scheduled for later this year.

The four-wheeler isn’t done soaking up the limelight just yet, either. The Marsien will be on display at the 2022 Concorso d’Eleganza Villa d’Este in Lake Como, Italy, from May 20 to May 22. Trip across the pond anyone?