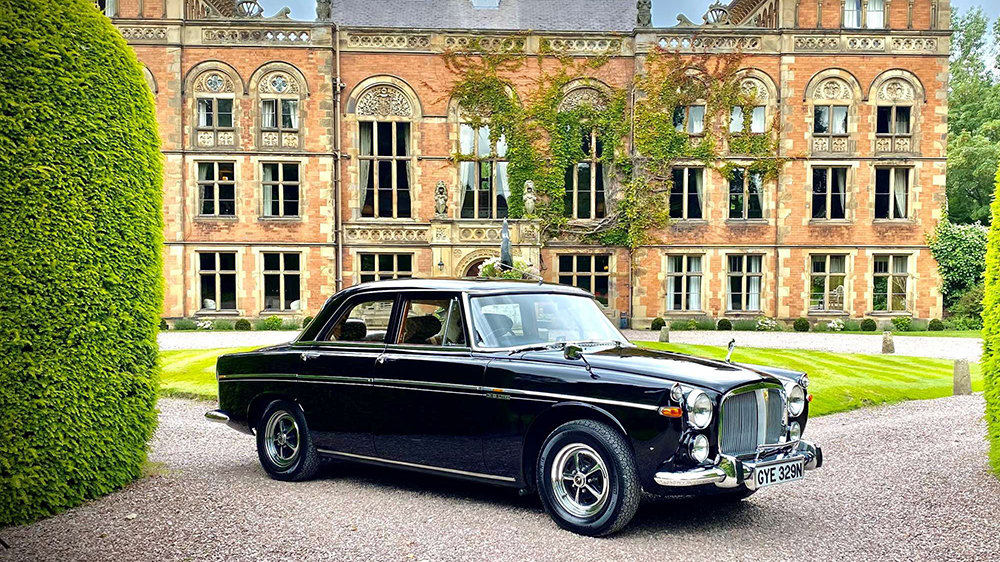 The car that Margaret Thatcher rode in on the most important day of her of life will soon go up for grabs.

Later this month, Silverstone Auctions will sell the 1973 Rover P5 used to drive the Iron Lady to her first meeting with Queen Elizabeth back in 1976. Although it’s a gorgeous example of British engineering of the era, what really puts this commanding saloon over the top is its role in history.

The P5 made its debut in 1958 and basically looked the same for the entire 15 years it was in production. That’s not to say the car didn’t undergo some changes over that time. The 1973 edition, for example, was powered by a Buick-sourced 3.5-liter V-8, that was easily the most powerful in the nameplate’s history. This final version of the four-door was favored by high-ranking British government officials, and was used to ferry around four successive prime ministers—Harold Wilson, Edward Heath, James Callaghan and Thatcher. The P5 was so trusted, that the final batch to roll off the line in 1973 were bought by the UK government and put into storage so they could be released for use when needed. Before the late prime minister’s time in office was up, the executive car would be replaced by the Jaguar XJ as the government’s vehicle of choice.

Inside the Rover P5  Silverstone Auctions

This particular example picked up Thatcher from Conservative Party headquarters on May 4, 1979, and drove her to Buckingham Palace where she accepted the queen’s invitation to form a new government. Like others of its kind, it was converted to government specification by Hoopers, and has an exterior finished in Ebony Black and a four-seat interior covered in Saddle Tan leather.

Thatcher’s P5 was retired shortly after its momentous drive to the palace and has been privately owned since 1980, according to the UK-based auction house. It has covered over 93,000 miles during its lifetime, but has been well maintained. Its paintwork was recently refreshed and its engine and gearbox rebuilt. The interior, though, is said to be in it its original “conservative” condition.

Silverstone expects the former government P5 to sell for between $43,000 and $55,000 when it goes up for bid on Saturday, August 27. That’s not bad for a vehicle bound to appeal to both car and history buffs alike.

Click here to see all the photos of Margaret Thatcher’s 1973 Rover P5.