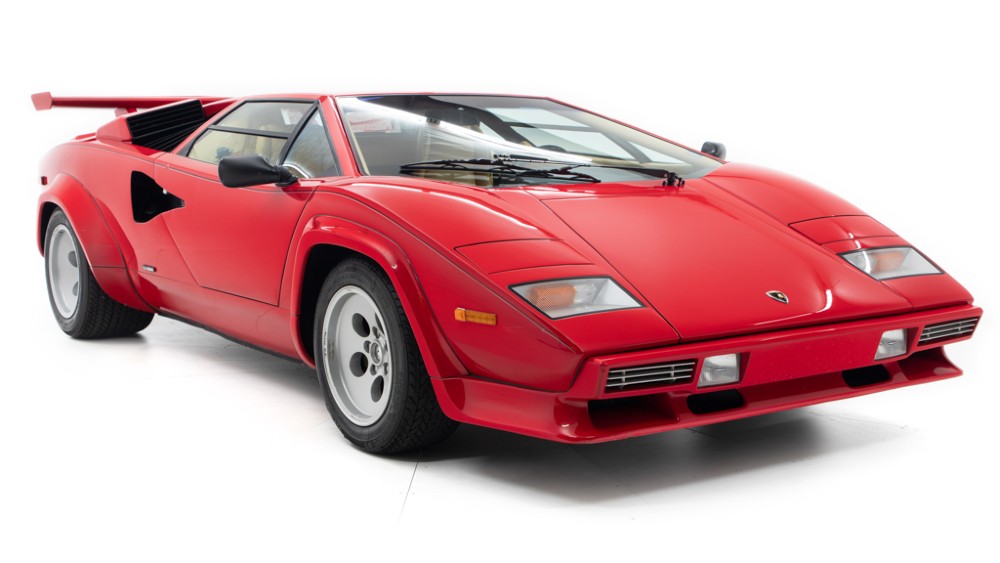 The thought of owning a classic 1980s Lamborghini Countach is enough to get any car aficionado’s blood pumping. But one owned by one of the greatest race car drivers of all time? That’s something else entirely.

A striking red 1985 Lamborghini Countach 5000 S once owned by racing legend Mario Andretti can now be yours. The breathtaking supercar—one of a handful of Lamborghinis he was frequently seen driving around his small Pennsylvania town when he wasn’t on the track—is currently up for sale through Florida-based Motorcar Gallery.

Just as you’d expect from someone who spent as much time with cars as Andretti did, he had pretty good taste when it came to picking out one of his own. One of only 321 5000 S Countachs built, the red coupe still sports its original paint job, along with the cool lines and scissor doors that made the vehicle one of the most iconic autos of the ‘80s. In addition to its classy tan leather interior, the car features a thin white-and-black pinstripe along the side that incorporates the racer’s personal logo, which also makes an appearance on the back of both side-view mirrors.

Under the hood, Andretti’s Countach is powered a hefty 371-hp 5.0-liter V12 engine. Unlike later fuel-injected models of the car, the engine is carbureted, giving it a more satisfying roar and feel than its younger siblings. With a little over 11,000 miles on the odometer, the car was also subject to a recent major mechanical refurbishment, ensuring that it’s in perfect working order.

Born in Italy in 1940, Andretti and his family immigrated to Nazareth, Pennsylvania in 1955, where he soon began racing cars. Excelling at nearly every type of racing he tried, he’d go on to become one of the greatest race car drivers of all time, winning much of the sport’s biggest prizes including the Daytona 500, Indianapolis 500 and the 24 Hours of Le Mans. In 2000, he was named the Associated Press’ Driver of the Century.

Andretti’s Countach is available directly from Motorcar Gallery for $499,000. Check out more photos of his car below: