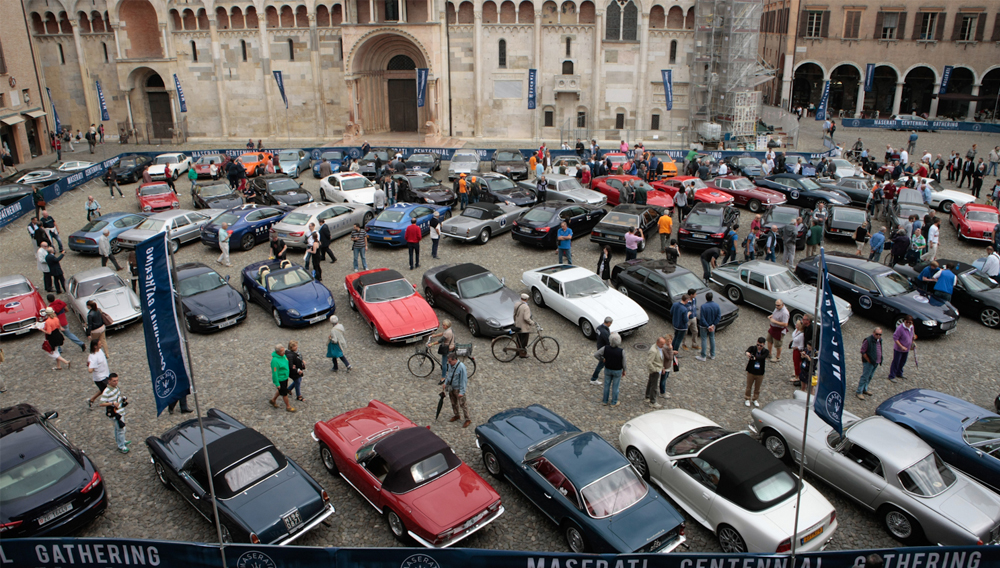 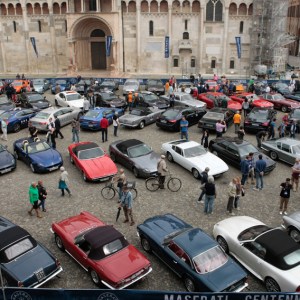 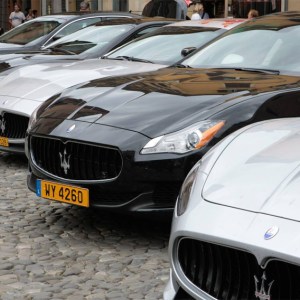 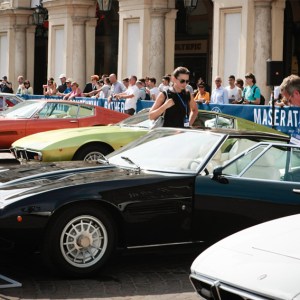 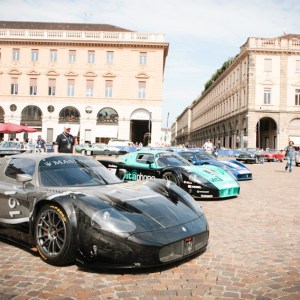 Mention exclusive, exotic Italian car brands, and most people think of Ferrari or Lamborghini; but Maserati is older than both of them by decades, having been founded 100 years ago in Bologna, Italy. Just a few months prior to its actual 100th anniversary date on December 1, the company celebrated the occasion of its centennial by opening its doors to hundreds of Maserati owners, dealers, executives, employees, enthusiasts, locals, and journalists, for a weeklong centennial gathering in the cities of Bologna, Modena, Cremona, and Turin.

Our trip began with a visit to Maserati’s first home at 1 Via de’ Pepoli in Bologna. The modest shop is located on the ground floor of a much larger residential, commercial, and industrial building in the oldest part of town—not far from the Piazza del Nettuno, home of the famous Fountain of Neptune that inspired the Maserati trident logo. Though founded at this location in 1914, Maserati did not actually begin building cars under its own name for another decade or so, initially focusing on modifying and preparing other cars for racing.

In 1937, the Maserati family sold the company to the Orsi family, who moved the company to new factory grounds in nearby Modena two years later, so that was our next destination. Many consider Modena to be the epicenter of Italy’s Motor Valley. It is the birthplace of Enzo Ferrari, as well as the home of the first Scuderia Ferrari race shop.

It was in Modena that we visited the Casa Enzo Ferrari Museum (the house of Enzo Ferrari’s birth and his father’s original machine shop, all now part of a fabulous museum campus belonging to the city of Modena and operated by Ferrari). This year, the museum’s ultramodern main building is dedicated to the exhibit Maserati 100: A Century of Pure Italian Sports Cars; if you are ever in Modena, this property is a must-see.

Modena’s central square played host to an informal, daylong display of several hundred Maseratis, which everyone on the centennial program—as well as countless locals—attended. Maserati’s CEO, Harald Wester, toured the square with Modena’s mayor while cameras clicked and videos recorded every sparkle and flourish. Then all the cars, old and new, fired up for a parade to the nearby Maserati factory. There, a dinner was served that was prepared inside the factory buildings alongside the production lines. Wester greeted the group, noting, “It’s great to be 100 years old and not even feel like it!”

The centennial celebration wrapped up with trips to Cremona, where our small group was entertained by a young violinist playing a 300-year-old Stradivarius; and Turin, where we toured the National Automobile Museum and saw the Giovanni Agnelli production plant, which produces the current Maserati Quattroporte and Ghibli.

Maserati’s first 100 years have really been quite remarkable; the company has created many memorable production cars and cultivated a rich motorsports history that includes back-to-back Indy 500 victories in 1939 and 1940 and a Grand Prix world championship in 1957 at the hands of Juan Manuel Fangio in the seminal 250F. And while Maserati will never be a high-volume marque, the company has revealed that it plans to produce and sell 75,000 cars annually beginning in 2018. (maserati100.com)