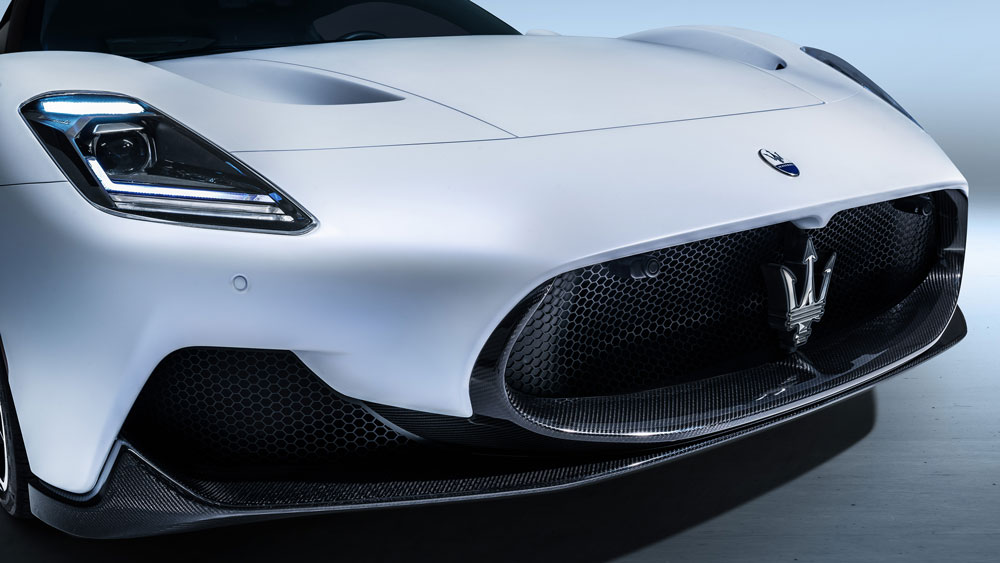 Maserati may not have been the first automaker to embrace the electric revolution, but it hopes to make up for that over the next five years. The storied Italian sports car maker is planning to electrify its entire fleet by 2025.

Although there has been no official announcement, the marque’s chief operating officer David Grasso shared the ambitious new strategy during an online fashion event organized by the Italian newspaper Milano Finanza, Reuters reports.

According to Grasso, Maserati’s upcoming Grecale SUV will be offered in battery-powered form, along with two other recently revealed cars. “The new Gran Turismo and Gran Cabrio models will be electrified, too, [and] all our line-up will be electrified in the next five years,” Grasso said.

Of course, Maserati’s electric pivot comes as no great surprise. In late 2019, the 105-year-old nameplate and its parent company, Fiat Chrysler Automobile Group, announced it would be investing roughly $6 billion (€5 billion) into hybrid and electric propulsion systems, as well as autonomous driving technologies.

The plan appears to be in full swing, too. Earlier this year, Maserati unveiled a hybrid riff on the classic Ghibli sports sedan, which will hit markets late this year. The automaker also announced that both the GranTurismo and MC20 supercar (pictured above) would be available with electric powertrains. These zero-emission rides are expected to roll out in 2021 and 2022, respectively.

Following that, we can expect to see an electric version of the Grecale SUV in 2022 and a hybrid Quattroporte saloon in 2023. In fact, the trident brand has previously said that it plans to release some 13 electrified vehicles between now and 2024.

It’s worth noting that the relentless Covid-19 pandemic could throw a wrench in these scheduled rollouts.  Still, Maserati’s pledge shows that the century-old brand is ready to go all-in on electrification. And it’s not the first luxury marque to do so.  Earlier this month, Bentley announced that all of its new models will be battery-electric by 2030. And last July BMW announced plans to electrify its 5 Series as part of the brand’s ambitious plan to roll out 25 EVs over the next three years.

The race is well and truly on.