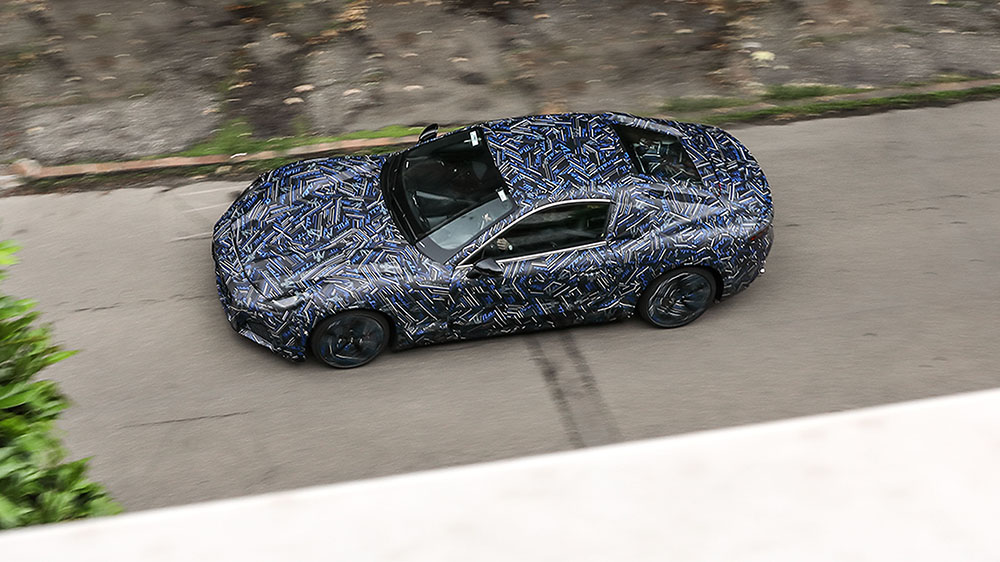 The new Maserati GranTurismo may not be ready for the limelight just yet, but that’s not stopped the Italian automaker from teasing the eagerly anticipated sports car.

Over the weekend, the marque shared images of a heavily camouflaged prototype of the refreshed grand tourer. While any new Maserati is a reason for excitement, that’s especially true of the redesigned two-door, which will be the brand’s first to feature an fully electric powertrain as an option.

The new GranTurismo, which will be available in 2022, may be covered in digi-camo in the pictures, but it’s not hard to imagine what its finished form will look like. The long nose and roofline make clear that the next-generation sports car isn’t a complete departure from its Pininfarina-designed predecessor. But there are some clear differences, too. For starters, the car will look more sporty and athletic. It also appears that it will feature some elements borrowed from the company’s new MC20 supercar, most notably striking full-LED adaptive matrix headlights.

What’s under the hood is just as striking. Since it was first announced in 2019, Maserati has made clear that the grand tourer would be available with an all-electric powertrain. Buyers will also be able to choose between a gas-powered or hybrid powertrain as well, though. The images of the prototype show a little peak of a chrome exhaust pipe, suggesting that this particular prototype is powered by a traditional internal combustion engine.

Details about the new GranTurismo remain scarce, although a GranCabrio convertible variant is expected to follow in 2023, according to Car and Driver.

What we do know for certain is that the zero-emission version of the 2022 grand tourer will be at the forefront of Maserati’s electrification strategy. Last fall, the marque’s COO David Grasso announced plans to electrify its entire lineup by 2025. There has been no mention of phasing out internal combustion engines just yet, but even the MC20 will get a hybrid variant.