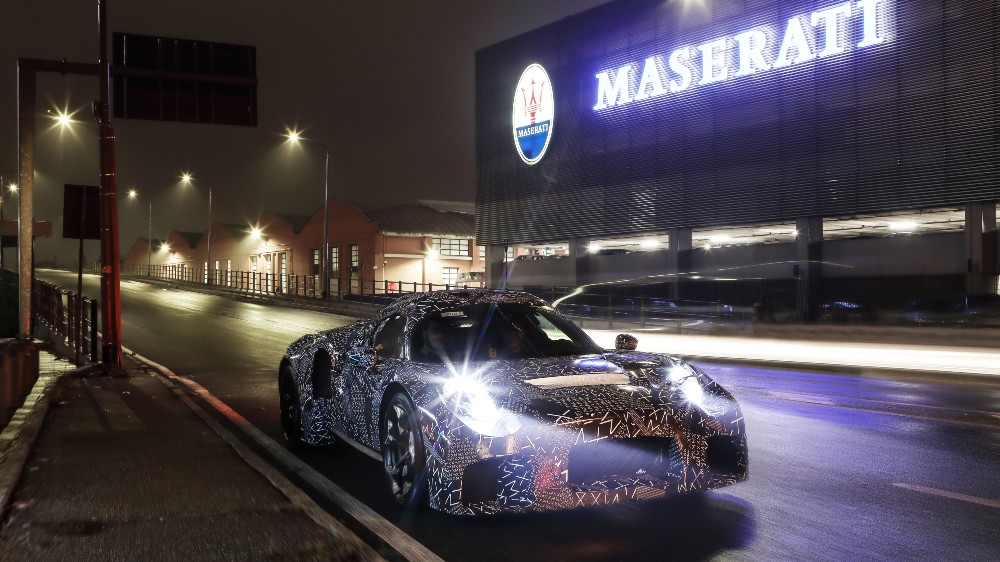 Maserati may be shifting its focus to electric and autonomous vehicles, but that doesn’t mean the company has forgotten its roots. Just look at its latest project—a brand new “super sports car” called the MC20.

On Thursday, the Italian automaker revealed the name of a new mid-engine speedster that will debut this May. Not only is the MC20 the first vehicle of the company’s “new era,” it will also mark its return to racing.

In a press release, the brand revealed that the sports car’s name stands for Maserati Corse 2020—or Maserati Racing 2020 in English—and is specifically meant to celebrate the marque’s return to the track. The MC20, which will eventually have its own racing variant, is meant to be the natural evolution of the MC12, a limited-edition supercar the company produced in 2004. That car won 22 races and 14 championship titles across Constructors’ Championship, Drivers’ Championship and Teams’ Championships in the FIA GT between 2004 to 2010.

With the exception of its name and debut time frame, Maserati hasn’t exactly been forthcoming with details about its new sports car. It’s been reported that the MC20 will feature an entirely new powertrain, which will likely include hybrid and electric variants. Previously released shots of the MC20 prototype in camouflage also hint that it will be a peer of the McLaren 570S and the Alfa Romeo 4C, according to Car and Driver. Developed at the Maserati Innovation Lab, the MC20 will be built at the company’s Viale Ciro Menotti Plant in Modena. Production is expected to start later this year, suggesting the car will likely be available in Europe and the US next year.

Last fall, Maserati announced that it would start focusing its attention on EVs and autonomous cars. As part of this reprioritization, the company’s Modena plant is being retooled to handle the production of fully electric vehicles. Because of this, production of the combustion-engine GranTurismo and GranCabrio is being shifted to its plant in Turin.