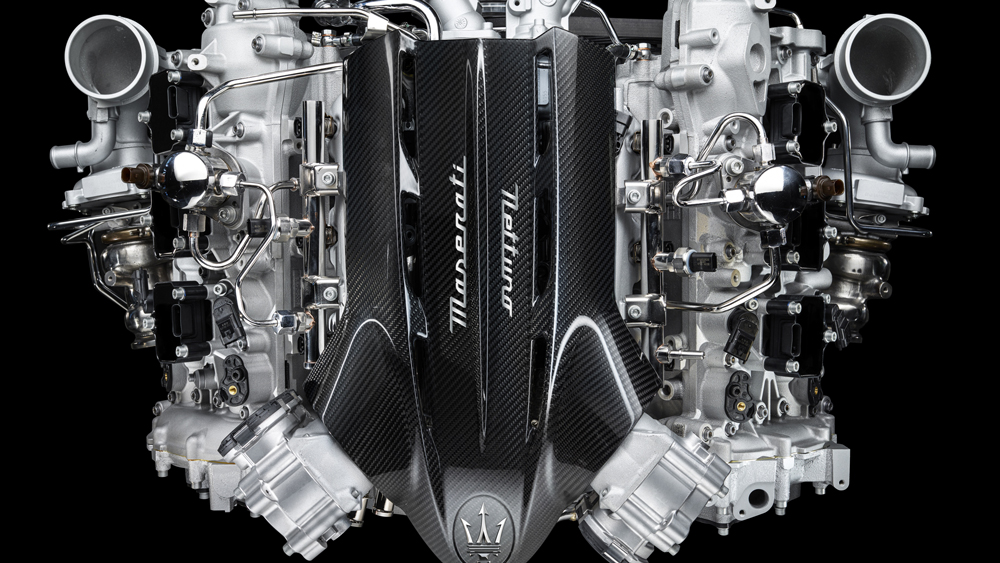 Maserati made its biggest splash in Formula 1 history in 1957, when Juan Manuel Fangio took his final lap at Nürburgring, winning the World Championship of Drivers behind the wheel of a Maserati 250F. The engine in the diminutive cigar-shaped single-seat racer was a Maserati A6 straight-six, good for about 240 hp. The House of the Trident has had a convoluted history since, finally settling into a groove in the 2000s with the introduction of a new line of cars using Ferrari-built V-6 and V-8 engines.

Looking to write the next chapter in Maserati history, the Modena-based marque aims to launch the MC20—what it describes as a super sports car—in September. (Plans for a May reveal were scuttled amidst the global health crisis that had Italy—and soon the rest of the world—on its heels.) The MC20 is a two-seat, mid-engine design that will have a full-race equivalent, and is the precursor of interesting things to come, as Maserati reminds the world of its pure Italian roots with design and manufacturing done within the orbit of Northern Italy’s “Supercar Valley,” home to other cars and motorcycles whose names end in the letter “i.”

The engine powering the MC20 is altogether new, and cause for celebration among acolytes of the marque. It’s called the Nettuno, Italian for Neptune, whose trident is the Maserati logo and whose fountain from 1565 towers in the Piazza del Nettuno in Bologna, the hometown of Maserati.

Maserati Innovation Lab is proud to claim the F1-inspired engine design which, according to Maserati, is quite revolutionary and covered by a number of international patents. At almost 40 inches wide but less than two feet long, the 3.0-liter engine is a compact, DOHC V-6 with a 90-degree layout and a bore and stroke of 88 mm x 82 mm. Like some earlier Maserati power plants, it incorporates a race-style dry-sump oil system, which lowers the center of gravity and improves lubrication under load.

According to Maserati, the F1-inspired engine design is covered by several international patents.  Photo: Courtesy of Maserati S.p.A.

Employing twin turbochargers allows for a fairly modest cubic displacement, high output, lower emissions and greater fuel economy. The important numbers are impressive ones: 621 hp at 7,500 rpm and 538 ft lbs of torque from 3,000 to 5,500 rpm. Despite the turbocharging, the compression ratio is a high 11:1.

Its designers like to point out that, for the first time, pre-chamber combustion featuring twin spark plugs has been incorporated in a road-going engine, technology derived from Formula 1. Of course, twin-plug heads are nothing new to Maserati, whose first series-production car, the 3500 GTI, used twin plugs in its straight-six engine back in 1957.

Testing an MC20 prototype on the track.  Photo: Courtesy of Maserati S.p.A.

Maserati describes the Nettuno’s three unique features, the pre-chamber; lateral spark plug and twin injection, as allowing the engine to deliver massive power and torque relative to its size. A sweet aluminum V-6 revving to 8,000 rpm is a sound that will surely punctuate the visceral performance and add some real “spark” to Maserati’s much-anticipated MC20.