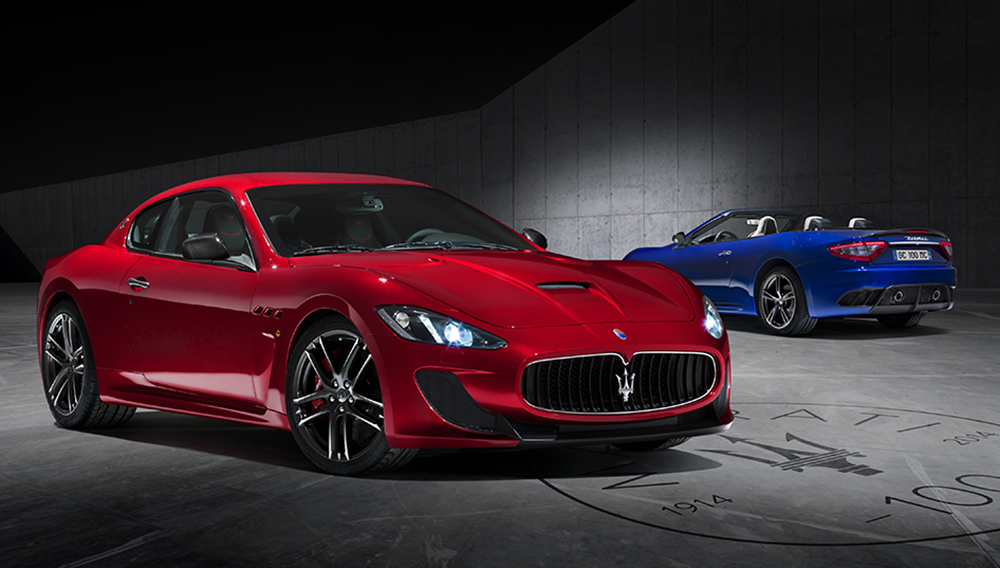 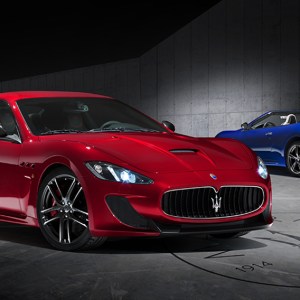 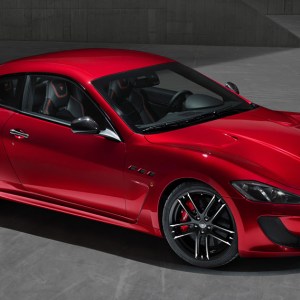 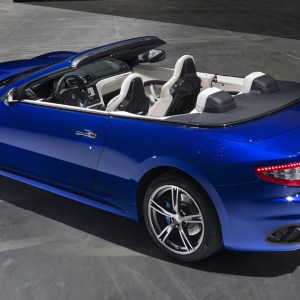 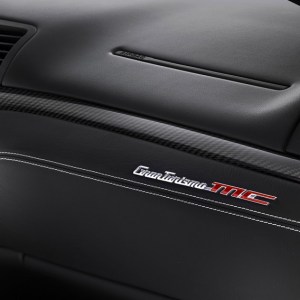 At the 2014 New York Auto Show, to mark 100 years since the company was founded in Bologna, Italy, Maserati debuted its GranTurismo MC Centennial Edition coupe and convertible. Each Centennial Edition will be available in a trio of new three-layer color schemes in addition to the four currently available for the GranTurismo MC. Other notable exterior treatments include four special finish options for the wheels and a medal-shaped centenary logo on the hubcaps that is available in either a matte smoke-gray or a charcoal-gray finish.

The cockpit’s seats—available in black or white leather—are offset by a stripe design in red, white, or blue (as well as stitching on the seats and headrest), generally in the same color as the laser-engraved details on the wheels. Lightweight carbon-fiber fittings on the dashboard, seats, and kick panel further enhance the aesthetic of the Centennial Edition.

The GranTurismo MC Centennial Edition—which is expected to start at around $145,000 for the coupe and about $155,000 for the convertible (though official pricing has not yet been released)—will be available alongside Maserati’s current lineup; dealers are accepting orders now, with showroom arrival scheduled for September. (www.maserati.us)