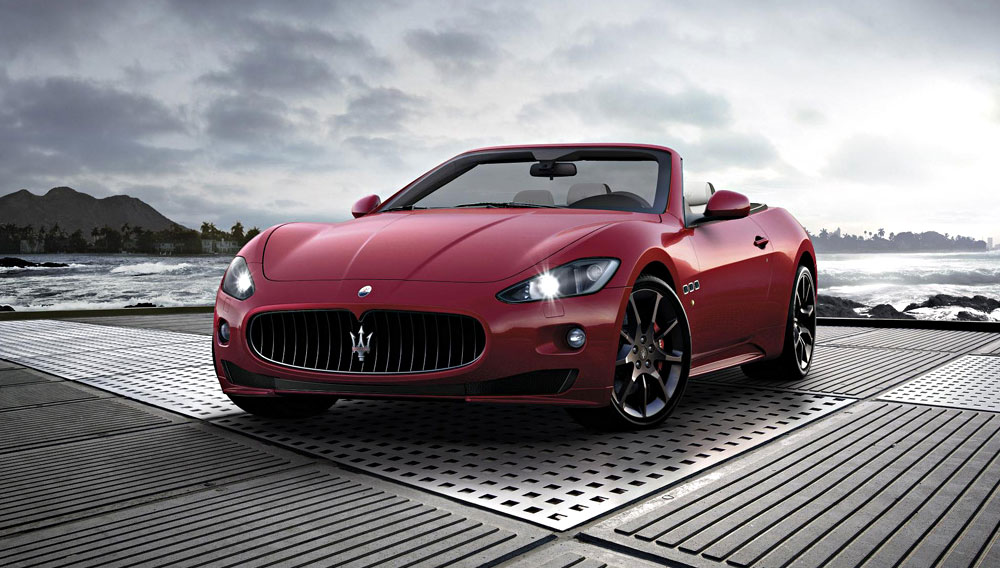 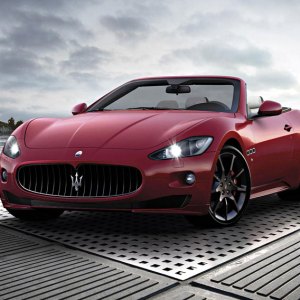 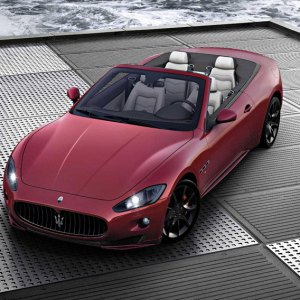 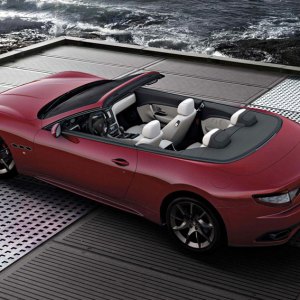 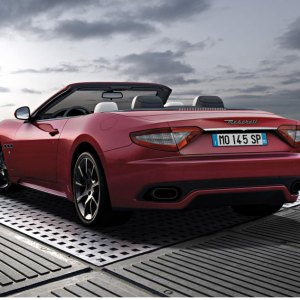 As Ferrari’s more luxury-oriented corporate cousin, the modern Maserati has made a name for itself as a purveyor of stupendously customizable sporting cars. On all Maseratis, options for color customization are multitudinous, extending from obvious choices (paint, upholstery, dash trim) to minutiae (brake calipers, seat belts, stitching). In the performance department, however, the pickings have been somewhat slimmer. Take the GranTurismo: Maserati’s artful two-door has never come up short in the looks department; penned by the talented American designer Jason Castriota (recall the splendiferous Ferrari P4/5 by Pininfarina from 2006), the car is a feast for the eyes that looks every bit as tasty today as it did at its 2007 debut. The original GranTurismo’s 405 hp, 4.2-liter V-8, however, although sweet-sounding, lacked the sort of punch that said Maserati to the brand’s devotees. Things got notably better in 2008 with the arrival of the GranTurismo S, thanks to its 433 hp, 4.7-liter V-8, but the car has never quite had speed and looks in equal measure. Until now.

This year, the Modena-based automaker turns up the heat with the debut of the GranTurismo MC Stradale. Inspired by Maserati’s Trofeo GranTurismo MC and GT4 motorsport models, the road-ready two-seater arrives as the quickest, lightest, and most powerful car in the Maserati lineup. A revised version of the GranTurismo S’s handcrafted 4.7-liter V-8 provides the motivation; matched to ato a racy sport tuned automatic transmission, it will launch the GranTurismo MC to 60 mph in about 4.8 seconds and onward to 185 mph. Sadly, the hard-core MC Stradale isn’t bound for American showrooms, but Maserati is set to roll out a U.S.-spec version that’s almost as enticing—the GranTurismo MC, which replaces the sequential gearbox with a traditional (albeit quick-witted) automatic, but leaves the rest of the MC Stradale’s go-fast goodies in place.

Pricing hasn’t been announced for the U.S.-spec MC or the GranTurismo Convertible Sport, but look for the sportiest of Maseratis to command a healthy premium over the standard cars’ starting prices: $118,900 for the coupe and $136,300 for the convertible. (www.maserati.us)