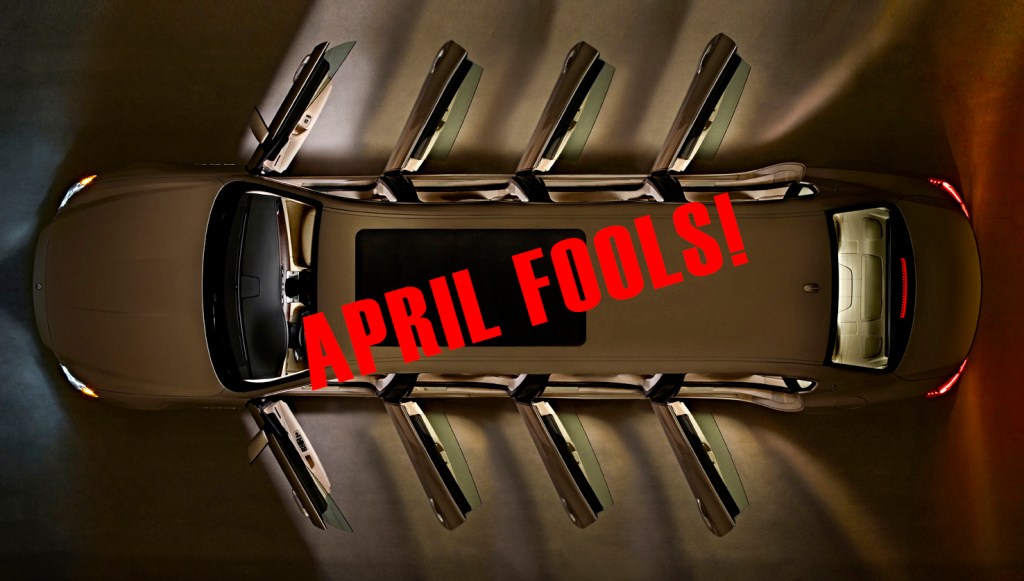 In a world exclusive, Maserati has provided Robb Report with details on a top-secret project that the Italian carmaker has been working on for the past several months. The never-before-seen concept, the Maserati Octoporte, features the same basic design shape as the popular Quattroporte—a Robb Report 2013 Best of the Best winner—but with a significantly elongated wheel base to accommodate two additional sets of doors, for a total of eight: four doors on each side of the car. The company was willing to share a few details about the vehicle, as well as this image. This announcement comes right on the heels of the launch of the Mercedes-Maybach Pullman limousine—though the design of the Octoporte is considerably more distinctive.

“We’ve envisioned the Octoporte as an executive transport vehicle,” says Gregor Samsa, Maserati’s design lead for the project. “Its cabin experience will be much like that of a luxury coach or a private business jet, complete with onboard service staff.”

Samsa notes that, while there will be some flexibility to the cabin arrangement, the standard configuration includes four rows of two large seats, with the the back row dedicated to a butler or other service personnel, who will be within arm’s reach of a wet bar, an ice machine, and a refrigerator, all housed within the Octoporte’s rear bulkhead. A long center console equipped with an electric conveyer belt—which Maserati calls a “lateral dumbwaiter”—runs the length of the Octoporte’s cabin. With the touch of a button, the service personnel in the rear seat can deliver cocktails and canapés to passengers via the conveyer belt.

“Perhaps the most unique features of the Octoporte have to do with its roof,” says Samsa, citing both its oversize sunroof and the interior ceiling of the car, which is actually one giant 4K OLED video screen made just for the Octoporte by the same Korean factory that makes the glass for Samsung TVs. The sunroof can fully retract into the rear portion of the car’s roof, and the two middle rows of seats are able to fold completely flat to form a large cushioned bed in the middle of the vehicle, so that passengers can lie down and gaze up through the sunroof.

Additionally, the glass used for the sunroof, called SmartGlass, is made by the Japanese company Asahi and can be dimmed with the touch of a button. It will be embedded with technology that can map the stars and constellations and communicate with the 4K OLED screen in the ceiling, so that the passengers in the Octoporte can look up and see the entire night sky—part of it real through the sunroof and part it a 4K video. The car’s entertainment system comes equipped with a number of 4K video feeds—including a tropical underwater seascape and a majestic night sky filled with the northern lights—that can be displayed on the ceiling, as well as a massive 64-speaker Bower & Wilkins sound system.

Samsa and the other representatives from Maserati who spoke with Robb Report would not disclose what type of engine and drivetrain the Octoporte would use. The company did mention that it has plans to unveil additional details and photos on the concept in the coming months, and that it intends to incorporate armored paneling and bulletproof glass into the design. Maserati also would not disclose whether or not the vehicle will ever make it to production. “We’re not 100 percent confident that the world is ready for an eight-door limousine,” says Samsa. “But you are the first ones we’ve shared it with—so who knows. Anything is possible.” (maserati.com)