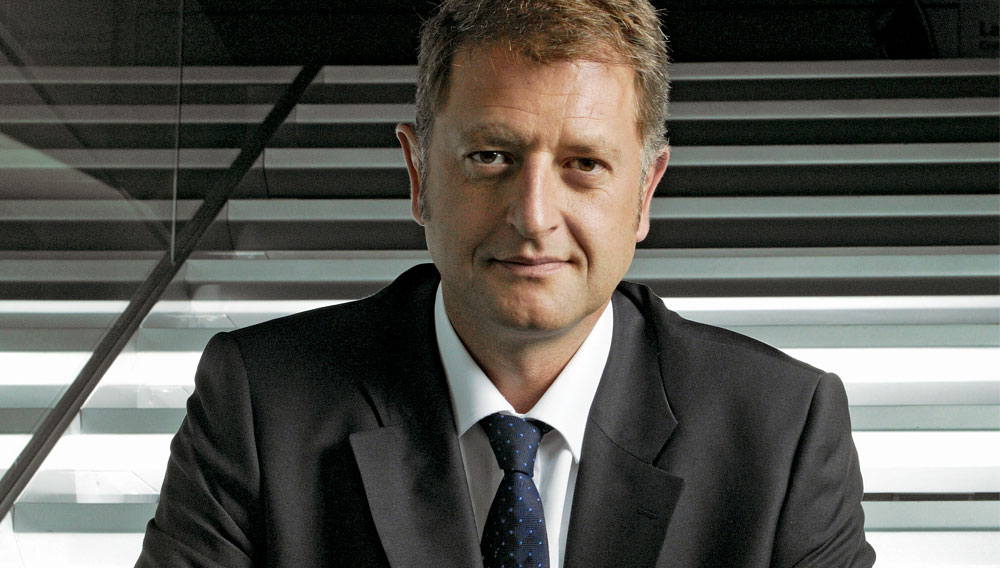 By the time Detlev von Platen joined Porsche in 1997 (and two years later established its French division), the brand had long ago earned a zealous following with the 911, a sports car that has been in production for five decades. Today, as president and CEO of Porsche Cars North America, von Platen oversees operations in the United States, the German automaker’s largest market. Over the past few years Porsche has more than doubled its sales in the United States and worldwide by adding the Cayenne SUV and Panamera sedan to its lineup and continuing to update the 911.

True luxury is the experience of an emotion, of a personal feeling that is not necessarily logical. Luxury today has moved from the status of material possessions—which it was in the ’80s and ’90s—to the sentiment of well-being. Luxury is something you don’t necessarily need but you do not want to miss. Luxury is the art of responding to your own goals and objectives. It is your ability to make and enjoy your personal choices. Never let others define your choices, even if you can afford to do so.

I always say owning a Porsche is an exercise in selfishness because you reward yourself and don’t buy it to impress your neighbors. Our customers are authentic auto connoisseurs who love to drive and like to share their passion with their peers. As opposed to owning certain Italian brands, owning a Porsche is not about elitism but about exclusivity.

From Boutique to Booming

Porsche was and always will be a nimble-sports-car manufacturer with strong roots in racing and performance. However, our brand presence has evolved over the last 10 years. With a worldwide volume of 50,000 to 60,000 cars per year [a decade ago], we were truly a boutique player. With the arrival of the Cayenne and later on the Panamera, the game plan changed. We grew our production [to more than 140,000 in 2012, including about 74,000 Cayennes], but more important, we were able to transfer the key characteristics of our sports cars to our four-door models, which have made them unique among high-end SUVs and sedans.

Making It in America

We always try to sell one car less than the demand. Nothing is more damaging to a brand, the market, and to your factories than oversupply.

We welcome the arrival of emerging markets because this means that our risks are spread more evenly, unlike in the old days, when Porsche sold about half of its volume in the United States alone and was exposed to market volatility and currency fluctuations.

Still, we sell nearly one third of our total production here in North America, and it continues to be the largest market, with China in hot pursuit. But the United States has special importance as a sports-car haven, which means that about 30 percent of all 911s built are sold here. And this won’t change anytime soon.

So you see, our success here in the States is very important to the overall worldwide success of Porsche. Furthermore, this still is the most hotly contested market in the world, and here is where most of the significant automotive trends start. To borrow a phrase from that famous Sinatra song: “If you can make it here, you can make it anywhere.”

Today a car manufacturer’s failure or fortune is mainly decided by the power of its brand and less and less by the appeal of some individual models. Customer loyalty is based on the trust, the attachment, and the pride a manufacturer can inspire in its brand. With its rich history, innumerable racing victories, and an iconic sports car—the 911—the Porsche brand is an invaluable asset for the continued success of our company, and we are diligently working to preserve and build on it.