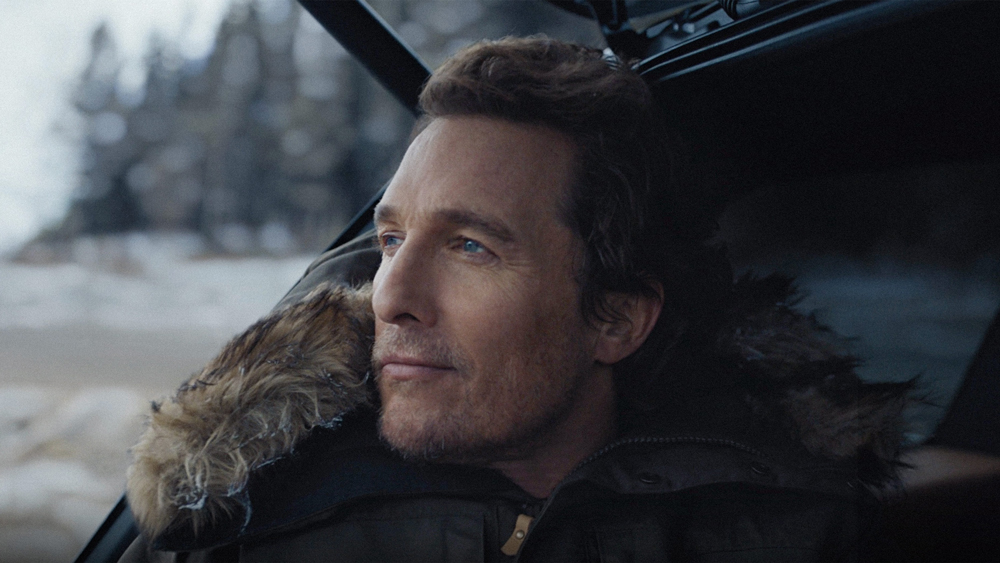 One of the most successful (and amusing) pairings of an automaker and celebrity is that of Lincoln and Matthew McConaughey. The collaboration, now going on seven years, includes cinematic-style commercials starring the actor, who contributes stream-of-consciousness voiceover that lends a strange but compelling gravitas while also providing fodder for late-night comedians.

But McConaughey is serious about his association with Lincoln, a commitment that manifested itself on Giving Tuesday in the form of Nautilus and the Narrator. The exclusive virtual event also commemorated the brand’s Driven to Give fundraising test-drives (more than 700,000 to date), an initiative that has raised $11 million for select charities since 2011.

Hosted via Zoom, the presentation featured a meet-and-greet with McConaughey followed by a preview of both the 2021 Lincoln Nautilus and the actor’s new memoir, Greenlights, from which he read excerpts. Proceeds and donations benefited four charities: The United Way Worldwide, First Book, the Book Industry Charitable Foundation and McConaughey’s own Just Keep Living Foundation, which assists underprivileged high schoolers with education, mental health and physical fitness.

McConaughey was forthcoming about why his connection to Lincoln runs deep. “My brand, their brand, there’s a real synchronicity between us in that we both expect of ourselves, and work daily, to try to put out a quality product,” he said. “Authenticity is how we identify ourselves. We both feel we have a responsibility to our own heritage, while, at the same time, always chasing our better selves. Neither one of us wants to be considered a luxury item at the expense of being human. There’s nothing elitist about myself or Lincoln, and so, in those values is where we found an easy way to work together and, in many ways, become synonymous.”

Matthew McConaughey on Zoom as part of Lincoln’s Nautilus and the Narrator event.  Photo by Viju Mathew.

As a precursor to the reading, online attendees received a virtual tour of the 2021 Nautilus guided by a Lincoln product specialist. The sneak peek also demonstrated the Lincoln Showcase, a way for potential buyers to have a remote “walkaround” of a model and work one-on-one with a representative without stepping foot in a dealership.

For the upcoming model year, the Nautilus midsize SUV now features an enhanced cabin experience that includes being the first in the lineup to carry Ford’s Sync 4 infotainment and communication system. (Ford is Lincoln’s parent company.) The setup bolsters connectivity and voice-recognition functionality and is complemented by a 13.2-inch center screen, the biggest display for a Lincoln. Also on board is the Lincoln Co-Pilot 360 package of driver aids, now standard, that’s supported, as the name suggests, by a 360-degree camera. Other interior touches include heating-and-cooling seats with choice of massage modalities, plus multicolor illuminated piping and trim throughout the interior.

After a glimpse of the car, viewers were given a teaser of McConaughey’s book, Greenlights (from the Crown Publishing Group), a series of personal reflections, confessions and affirmations that he wrote in isolation. “This book is stories of my last 50 years, and it’s interspersed with poems, prayers, prescribes, people, places and a whole lot of bumper stickers that I’ve seen along the way,” notes McConaughey. “The backbone of Greenlights, and my theory on that, is, ultimately, in the rearview mirror of our lives, all those red and yellow lights—the crises and hardships, even losing a loved one—all those things will eventually turn green, or at least have a green-light asset within them via the lessons that we are there to learn from them . . . the yellows and reds will eventually turn green. And here’s to catching more and creating more for ourselves and each other.”

One excerpt shared was from the phone conversation he had with his now late father about deciding not to become a lawyer but go to film school instead. He read, in part: “I heard a voice, it was a kind, inquisitive voice. ‘Well, is that what you want to do?’ my dad asked. Yes sir, dad, it is. Silence, another five seconds. ‘Well, don’t half-ass it.’ Of all the things my dad could have said to me, of all the reactions he could have had, ‘don’t half-ass it’ were the last words I expected to hear, and the best words he could have ever said to me.” For McConaughey, and Lincoln, that decision turned out alright, alright, alright.