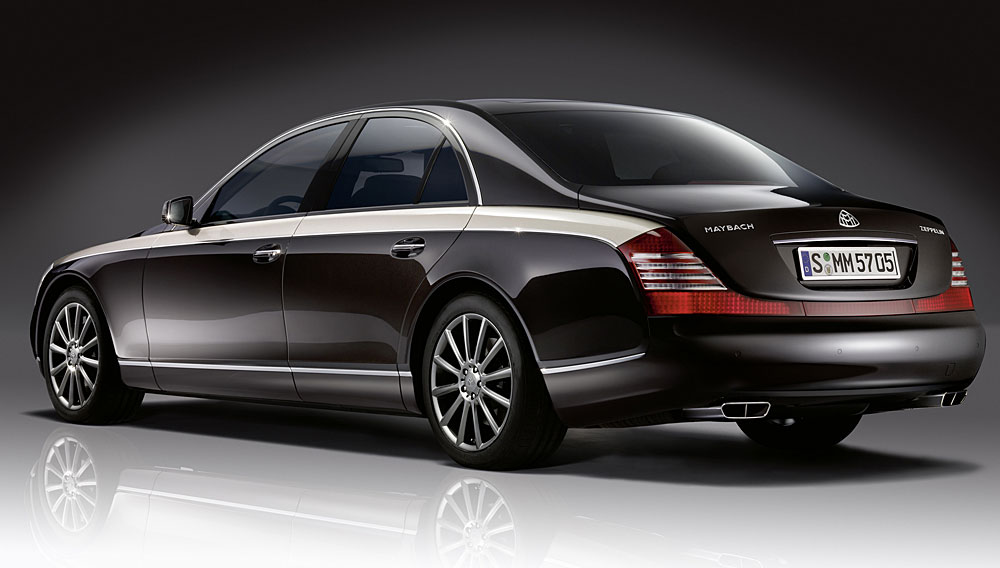 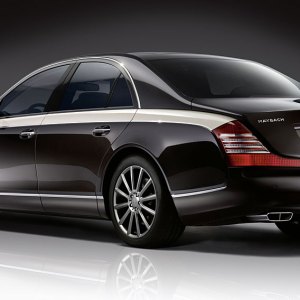 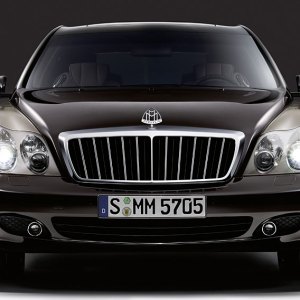 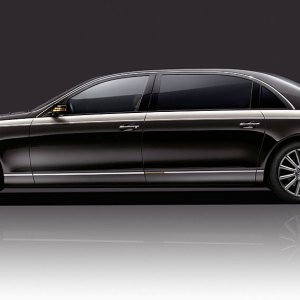 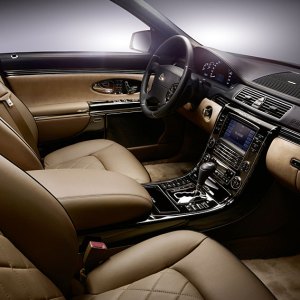 Never mind the economy: Maybach is still making money. The 5.7-meter-long Maybach 57 and the 6.2-meter-long Maybach 62 remain—despite their bumper-to-bumper handcraftedness—serious cash cows for Germany’s Daimler AG, the parent company of Mercedes-Benz. Derived from the previous-generation Mercedes S-class sedan, but priced some 400 percent higher, the standard 543-hp sedans (introduced for the 2004 model year) and the 604-hp “S” models (which joined the range for 2006) enjoyed some of their best sales months in summer 2009, even as the global economy softened. And yet, with Volkswagen-owned Bentley and BMW-owned Rolls-Royce pressing forward with one new model after another, Maybach has been feeling the pressure of late. So this year the stupendously exclusive German marque mines its own history and dusts off an illustrious name—one that for most Americans conjures newsreel images of the misbegotten dirigible Hindenburg, but that for Germans recalls the pinnacle of Teutonic engineering. Inspired by the vaunted Maybach DS7 and DS8 Zeppelin models built between 1930 and 1939, the Maybach 57 and 62 Zeppelin arrive in 2010, carrying the already-dizzying opulence of standard cars to new heights. Outside, a two-tone paint job, dark-toned wheels, and revised headlamps visually define the Zeppelin models, while inside the sprawling passenger compartment is swathed in creamy beige hide with contrasting black stitching, accented by piano-black lacquered trim. Unique to the Zeppelins is an available perfume atomizer that silently and automatically sprays one of two scents into the cabin: light and refreshing or slightly heavier and woodsier. Pros: Flying under the radar in over-the-top luxury.