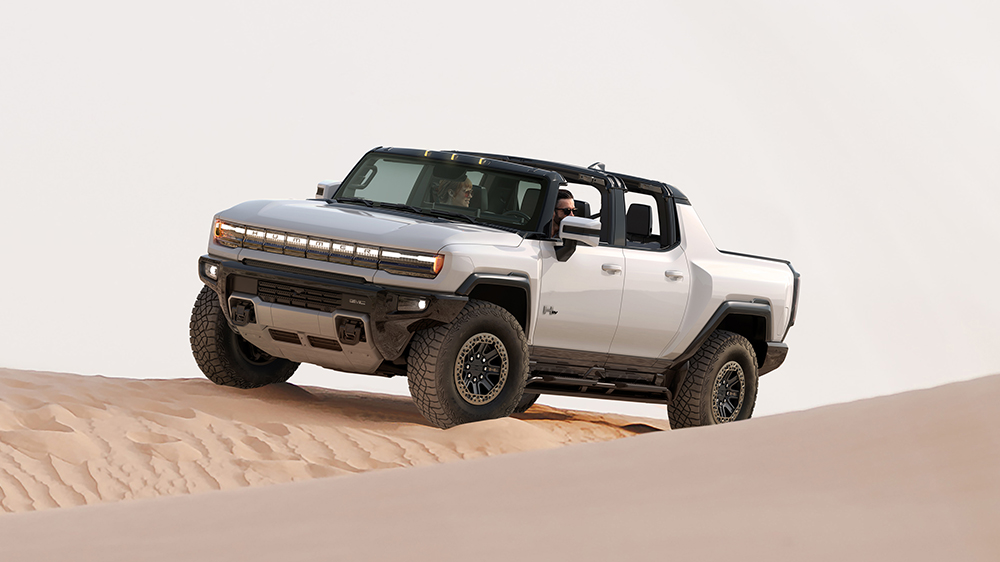 The reborn Hummer may still be a year away, but it’s fair to say that people are excited about It. In fact, anticipation is at such a fevered pitch that the first run of the burly EV is said to have sold out moments after pre-orders opened up.

During a virtual meeting with dealerships earlier this month, GMC leadership revealed to attendees that the all-electric Hummer Edition 1 sold out in just 10 minutes, reports the Detroit Free Press. And because there is such clear demand for it, the marque is thinking about upping first year production for the battery-powered bruiser.

Earlier this fall, GMC announced that the Hummer would make its return late next year with the Edition 1, a fully loaded version of the electric pickup powered by a three-motor powertrain capable of delivering 1,000 horses and 11,500 ft lbs of twist. The company also said the fully loaded variant would be the only version of the EV available during the 2022 model year and would start at $112,595, making it the most expensive model in its portfolio.

It’s still unclear how many examples of the Edition 1 that GMC plans to build—the same report suggests the variant already has 10,000 pre-orders—but considering that it sold out in just 10 minutes one can assume the number will be small. It also sounds like the brand may have underestimated just how much interest there would be in the EV. A dealer in attendance told the paper, it had “enough orders for it to fulfill their first year of production currently. But they are evaluating if they can build more.”

A representative for GMC did not immediately respond to a request for comment from Robb Report.