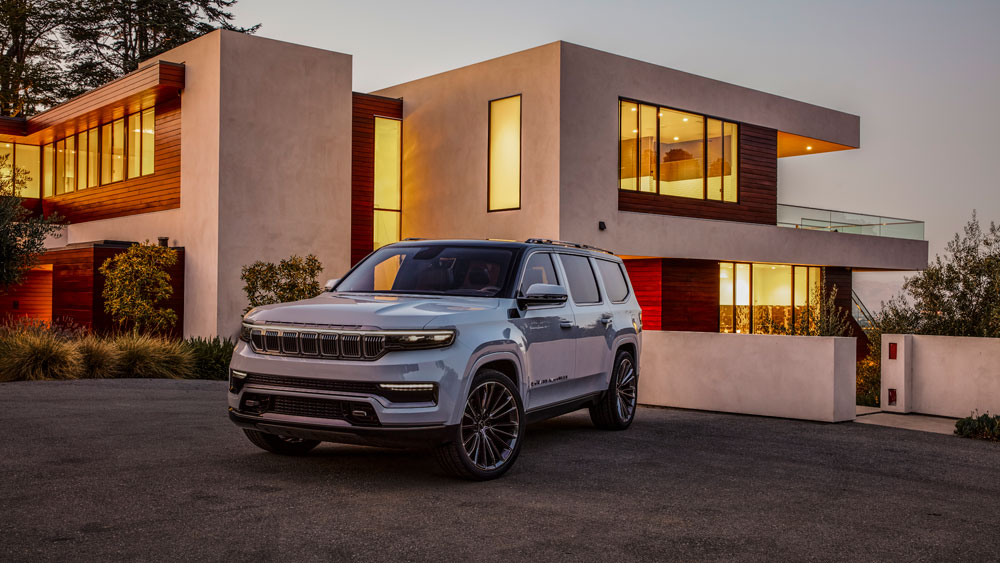 One look at the roadways across the United States—even now during this topsy-turvy time—and it’s no secret that Jeeps are more popular than ever before. With the reveal of the Jeep Grand Wagoneer Concept, Jeep brings back one of the marque’s most beloved models, a vehicle created before the term SUV was in the automotive lexicon and that was, in its time, the most luxurious SUV on the road.

Last made in 1991, the Wagoneer is now scheduled to go back into production in the second quarter of 2021. Built on the Dodge Ram 1500 chassis, it’s a big bruiser, with three rows of seats, an expansive glass roof and lots of chrome. One conspicuous piece of chrome is an elaborately faceted rotary knob on the interior’s center console, the “key” that controls an entertainment system from a brand as iconic as Jeep itself.

The vehicle offers plenty of interior volume for the sound system to fill.  Photo: Courtesy of FCA US LLC.

McIntosh Laboratory, founded in 1949 and continuing to lead the field of luxury electronics, is one of the most storied names in home and professional audio. It built the Grateful Dead’s powerful “Wall of Sound,” and the company’s famous blue meters have illuminated listening rooms and recording studios for decades.

McIntosh Laboratory’s Reference System has been engineered specifically for the Jeep Grand Wagoneer Concept.  Photo: Courtesy of FCA US LLC.

Largely absent from the automotive scene for 20 years, apart from the special-edition Ford GT celebrating the marque’s 100th anniversary and custom systems for the car audio aftermarket, McIntosh dives back into the car-sound party, and it’s a welcome return. Its new Reference System, engineered specifically for the Jeep Grand Wagoneer Concept, brings “Mac” reference quality to the road again, showcased in an interior whose volumetric capacity lets the whole system really sing. In addition to sound, rear passengers in the Grand Wagoneer will be able to enjoy video programming on dual screens.

McIntosh, one of the most storied names in home and professional audio.  Photo: Courtesy of FCA US LLC.

McIntosh gear has always been known as powerful, accurate and highly detailed. And beautiful: nothing makes quite the impression as a rack stacked with Mac components, whose mirror-black front panels, blue meters, bright silver trim and old-fashioned logo are as unmistakable as the sound itself. The result of a harmonious collaboration between Jeep and McIntosh engineers, the system could be a harbinger of more to come—and that idea is certainly music to our ears.