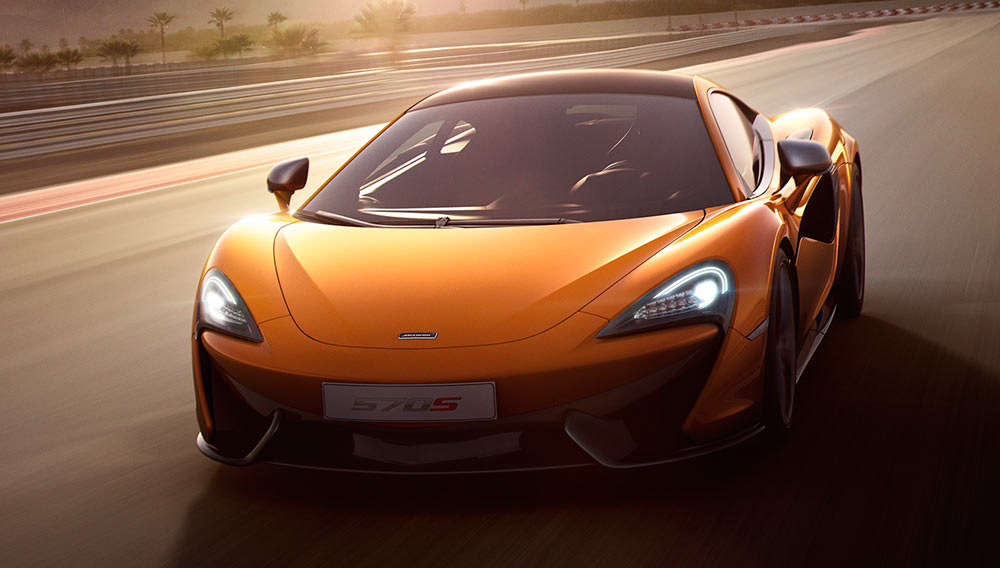 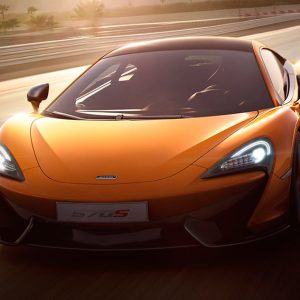 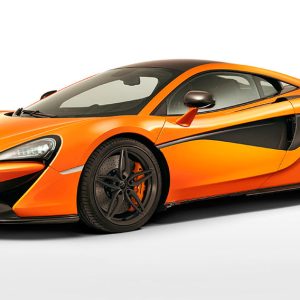 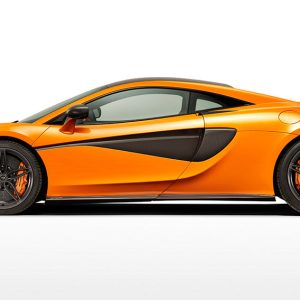 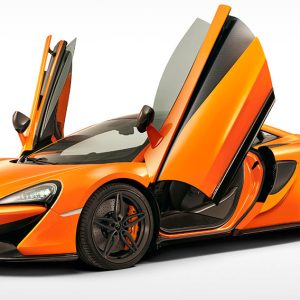 The McLaren 570S is the first model in McLaren’s new entry-level Sport Series. Described by the British carmaker as a sports car, as opposed to a supercar, the $184,900 570S—which debuted at this year’s New York International Auto Show—becomes the most attainable McLaren available in North America. However, it offers performance numbers on par with those of many flagship supercars.

With a twin-turbocharged 3.8-liter V-8—which shares most of its components with the power plant used in the $240,000 McLaren 650S—the mid-engine, rear-wheel-drive 570S produces 562 hp and 443 ft lbs of torque with a top speed of 204 mph. The new car can dart from zero to 62 mph in just 3.2 seconds, aided by aerodynamic technology derived from Formula-1 racecars and a relatively light curb weight of 2,895 pounds, achieved in part by a carbon-fiber chassis and aluminum body panels. Carbon-ceramic brakes come standard, as do high-performance Pirelli P Zero Corsa tires. An independent, adaptive suspension allows drivers to choose from Normal, Sport, and Track driving modes.

The distinctive dihedral doors of the 570S convey the McLaren family resemblance, while taut lines and rear flying buttresses give the car what its designers call a “shrink-wrapped” appearance. And lest one be deterred by stereotypical sports-car impracticality, McLaren says the 570S was designed for daily drivability with a relatively spacious cabin, good outward visibility, and a new door design that allows easier ingress and egress. (cars.mclaren.com)