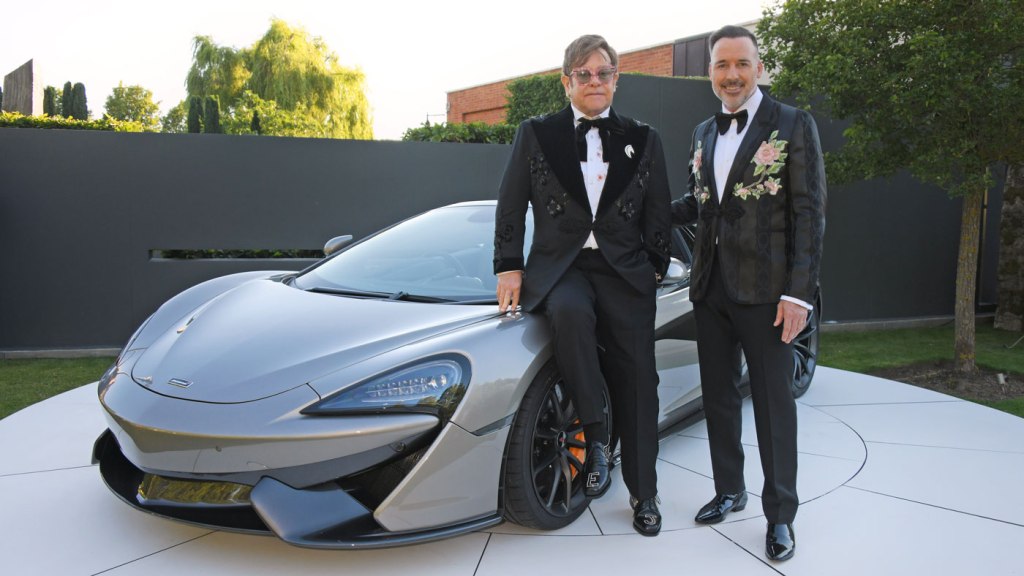 With its donation of a McLaren 570S Spider, the supercar manufacturer McLaren Automotive helped to fast-track a cure for AIDS at the Argento Ball, a charity event held June 27 in association with BVLGARI, and Bob and Tamar Manoukian. Hosted by Sir Elton John and David Furnish, the gala took place in the gardens of John and Furnish’s home in Old Windsor, London. The $200,000-plus supercar raised £725,000—nearly $1million—during an evening auction at the exclusive event attended by more than 400 personalities from the world of arts, sports, and entertainment.

The McLaren 570S Spider is a star in its own right; a high-performance drop-top that employs genuine supercar technology for which McLaren is known. Noteworthy about its design is the carbon-fiber monocoque chassis, offering extreme strength and commensurate light weight. The sensuous, aerodynamic shape is signature McLaren, with much of the wind cheating done by hidden channels and ducts. Inside, a cockpit worthy of a concept car features a state-of-the-art user interface inspired by lessons learned in competition.

Apart from attracting the onlookers’ gaze, the 570S Spider does plenty to excite its driver from behind the wheel. With handling that could only come from a company with deepest roots in F1 motorsports, the 570 series features an adrenaline-pumping rear-wheel drive platform to make a direct connection to the road. Carbon ceramic brakes are standard. Behind the driver and passenger are McLaren’s 3.8-liter, twin-turbocharged V-8 engine that produces 562 hp—at 7,500 rpm—and goes from zero to 60 mph in a scant 3.3 seconds. Push the Manual button and paddle-shift the 7-speed dual-clutch transmission with your fingertips, or use the Automatic mode for in-town or freeway driving.

Top speed is 204 mph, a number almost as noteworthy as the auction results achieved on behalf of an organization that has worked hard to find a cure for a disease that touches people in every corner of the globe.