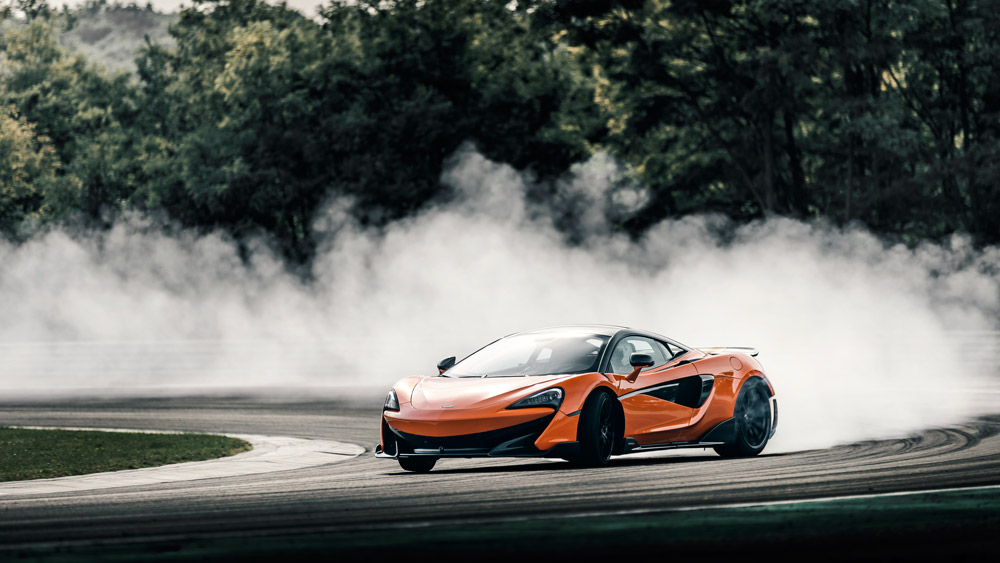 “It has Senna brakes!” my well-intentioned colleague texted me before my first drive of the McLaren 600LT (Longtail)—right after he whipped the new supercar around Hungary’s Hungaroring F1 circuit a few days prior. He had never driven the Senna, and a quick check of the car’s spec sheet reveals that the 600LT is, indeed, equipped with a “Senna-inspired brake booster.” But as I discovered in a moment of eye-opening fright while standing on the left pedal as my steed careened down the circuit’s half-mile straight at upward of 170 mph, the 600LT’s carbon-ceramic stoppers lack some of the flagship’s weapons-grade unobtanium components. Fortunately for me (and the remarkably well-tempered pro driver in the right seat), I didn’t run out of road before the sharp right-hander.

To use the word “lack” while describing the 600LT would be a substantial disservice to McLaren’s new $240,000 offering. Sure, it doesn’t quite have the Senna’s boat-anchor brakes, elephantine downforce, or million-dollar price tag. But this steroidal iteration of the McLaren 570S has been endowed with some serious supercar artillery, and 23 percent of its parts are new. The particulars of those upgrades might have been the last thing on my mind as I desperately squeezed the brake pedal while target-fixating on the tire wall at the end of the straight, but they did play a key role in keeping my borrowed sled out of the sand trap.

First, some numbers to consider. Though the sharper-edged McLaren’s tail is only 47 mm longer than the standard 570S and its front chin is 28 mm lengthier, the 600LT sheds 220.5 lbs of mass and tips the scales with a curb weight of 2,989 lbs, making it lighter than competitors like the Ferrari 488 GTB, Lamborghini Huracán Performante, and Porsche 911 GT2 RS. At 155 mph, the 600LT also grips the road with 220.5 more pounds of downforce than the 570S, helping it achieve higher cornering speeds; coupled with a twin-turbocharged V-8 that produces 30 more hp, the 600LT transforms into a far more track-capable machine than the 570S.

Going directly from a 570S into a 600LT reveals a palpably different driver experience, starting with the deep hum emanating from those upwardly pointed exhaust tips. With the dihedral doors shut and the engine idling with its cabin-filling thrum, there’s a heavy sense of urgency to the proceedings that makes the LT feel right at home at Hungary’s 2.722-mile Formula 1 track. While notably loud (and even more sonorous when revving), the V-8 engine doesn’t quite have the exhaust-note tonality of some of its Italian competitors.

Twist the Powertrain and Handling dials to their most aggressive “Track” settings and apply firm pressure to the brake pedal and the right paddle shifter, and the 600LT’s seven-speed dual-clutch is programmed to require driver input for forward motion. It won’t creep forward as most cars do, a small but key characteristic that reveals its performance-focused personality. Ease onto the throttle, and you’re on your way out of the pit lane, already noticing more buzz and feedback through the Alcantara-lined wheel than in the more pedestrian version. The 600LT’s quicker steering ratio makes your first corner feel sharper and more direct. Push the throttle, whether gently or angrily, and you’ll hear the righteous auditory fury of the uncorked 592 hp, 3.8-liter twin-turbo V-8. McLaren claims zero to 60 mph in 2.8 seconds for the 600LT, a tie with the substantially more expensive Senna, and a top speed of 204 mph.

A stab of the brakes reveals McLaren’s familiar (but sometimes disconcerting) pedal feel, in which the initial bite doesn’t come until well into the pedal stroke. But once you’ve moved past the first bit of dead pedal, there’s plenty of stopping power from the carbon ceramics, especially at medium-speed corners once the rotors are up to temperature. It takes a few corners to get used to the brake feel—nothing, nothing, nothing, then GRAB. But once exposed to the rhythm of the corners, the buildup of turbocharged power, and the McLaren-specific brake feel, coaxing speed out of the LT and scrubbing it back off becomes a more intuitive endeavor.

Unlocking the 600LT’s full potential, however, requires pressing the ESC button off and activating Dynamic mode, which unlocks greater power in the corners and enables more yaw angle before the nannies jump in to save your bacon. There’s a considerable improvement to responsiveness at turn-in, thanks in part to the front wheel track, which has been widened by 10 mm. Though it doesn’t feel as stiff and manic as its predecessor, the 675LT, the 600LT remains sharp, nimble, and alert to driver inputs.

Acceleration is noticeably more satisfying than in the 570S, though there’s sometimes a tendency for the g forces to soften as the digital tach approaches the top of the nearly 8,000 rpm power band. The seven-speed transmission plays well with the engine, responding quickly and crisply to gearshifts—though my only frustration with the paddles was that they required a bit of effort to actuate. Another quibble: Unlike the setup in a majority of competitors—from Lamborghini, Ferrari, and even Aston Martin’s emergent V8 Vantage—McLaren’s shifters are hinged to each other, so you can’t pull both simultaneously to engage neutral.

And then there’s the brakes, which reveal nearly as much about the 600LT’s ability to stop as it does the car’s broader chassis setup. Slam on the stoppers at the end of the straight while hauling along at 160 mph or so in the 570S, and the tail gets light and skittish, moving the car around as the nose hunkers down. Pull the same stunt in the 600LT, and the feel is considerably more confidence-inspiring, with the rear staying put and maintaining directional stability, which came in handy when I managed to recover from my extreme late braking experience in the LT.

Ultimately, the 600LT’s dramatic and rather perceptible differences over the 570S make it an easy choice for those who want a more involving though slightly less comfortable ride but aren’t ready to step up the ladder to the 720S, priced at $284,745. And, yes, the 600LT’s brakes can’t compare to the Senna’s aerodynamically enhanced binders, which stand out as that vehicle’s mechanical pièce de résistance. But if that shortcoming hangs you up, consider this sobering statistic: From 124 mph, the 600LT stops a mere 3.3 feet behind the late, great P1 that not long ago stood at the pinnacle of the McLaren lineup. That said, the 600LT is proof that you don’t need to spend seven figures to achieve remarkable, track-ready performance; the golden age of supercars is now.