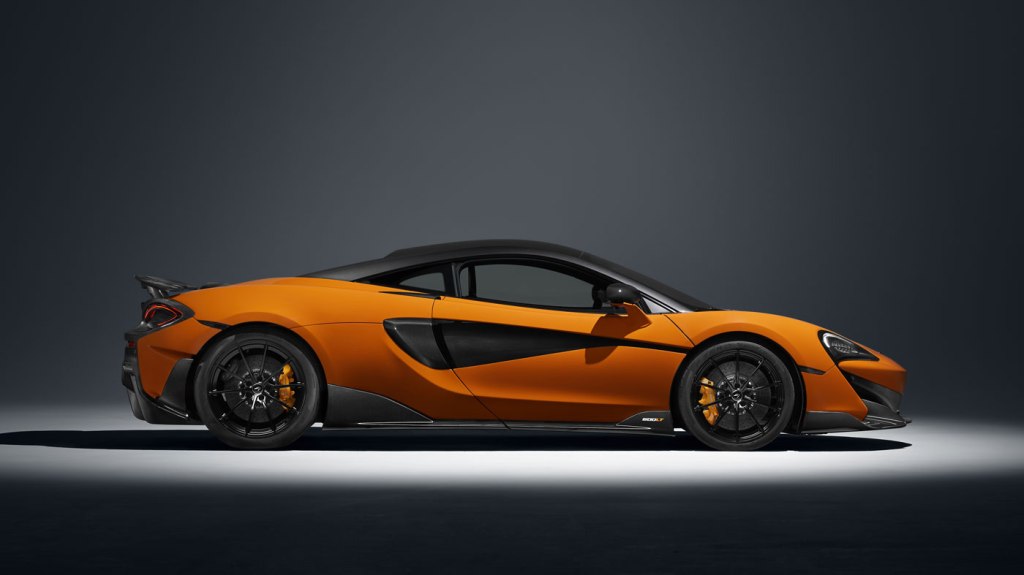 McLaren has opened the next chapter in the history of its ‘Longtail’ (LT) series with today’s debut of the potent new McLaren 600LT at the Goodwood Festival of Speed in England. The 590 hp projectile is described by the supercar-maker as “a track animal let loose on the road.”

The 600LT is labeled the fastest, most-powerful, and most extreme—yet road legal—Sports Series McLaren ever, and is only the fourth McLaren in two decades to wear the fabled LT badge. The first—the F1 GTR Longtail racer—made its debut in 1997 and went on to finish first and second in the 24 Hours of Le Mans GT1 Class. In 2015, McLaren followed it up with the weapons-grade 675LT Coupe and subsequent 675LT Spider supercars.

In keeping with the LT tradition, this latest version takes McLaren performance and handling mastery and dials it up to 11. Based on the entry model 570S, it uses a near-obsessive weight-loss regimen to lighten the car by some 220 pounds, delivering a total weight of just 2,749 pounds.

The McLaren 600LT is the most powerful street-legal member of the marque’s Sport Series lineup.  Photo: Courtesy McLaren Automotive.

Weight-saving measures include using the ultra-thin carbon-fiber seats from the P1 hypercar to shave-off 46 pounds and new forged wheels with titanium bolts to save 37 pounds. In addition, a switch to F1-style, top-exiting stainless steel exhausts lightens the load by almost 28 pounds. And almost 25 percent of the 600LT’s components are said to be new compared to the 570S.

To justify that ‘Longtail’ badge, the 600LT is stretched by 2.9 inches compared to the 570S Coupe, courtesy of an extended front splitter, a huge rear diffuser, and fixed rear wing. New aerodynamic aids, including a full carbon-fiber flat floor, are said to produce 220 pounds of downforce at 155 mph, delivering increased grip and immense high-speed stability.

The 600LT is based on the McLaren 570S, but almost 25 percent of its componentry differs from the latter.  Photo: Courtesy McLaren Automotive.

Powering this track monster is a deeper-breathing version of the 570S’s 3.8-liter twin-turbo V-8; one that offers an impressive 592 hp and 457 ft lbs of torque.  According to McLaren, that results in acceleration from zero to 60 mph in a sensational 2.8 seconds and a top speed of 204 mph.

What McLaren calls “limited” production of the 600LT Coupe—we are guessing around 500 examples—begins this October and will last a year, with prices starting at $240,000. For that, a new owner also receives one-on-one racetrack driving instruction. After the 600LT coupes are built, expect a convertible version to follow.