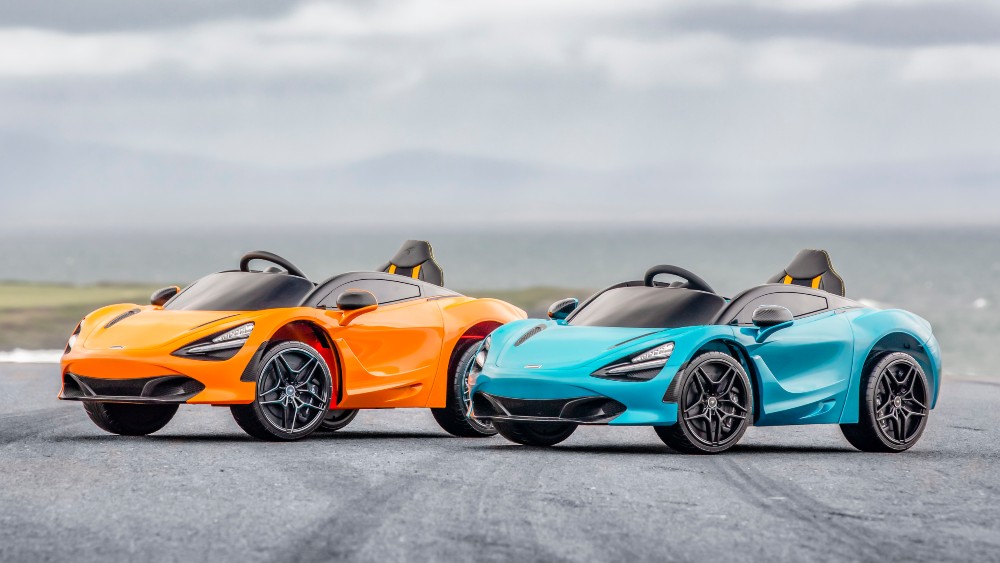 McLaren isn’t messing around when it comes to converting the next generation of drivers.

The British automaker debuted its latest all-electric vehicle on Thursday—one aimed squarely at 3- to 6-year-old children. A variation of the 720S—which made Robb Report’s Best of the Best car list in 2018—the 720S “Ride-On” was designed with a “younger generation of supercar fans” in mind, the company readily admitted. But unlike other McLarens, this one can only be purchased at select global toy stores.

“Empowering this young new generation of enthusiasts with the unparalleled driver involvement that has made the McLaren sportscars and supercars from Woking, UK, acclaimed around the world, the new ‘Ride-On’ takes the genre to the next level of McLaren authenticity,” the company said in a very matter of fact press release.

While the company wasn’t forthcoming about the tiny convertible’s performance specs, it did reveal that it comes with realistic engine sounds and a robust infotainment center with USB and SD card inputs. Drivers can even play their favorite tunes or even watch a movie on the dashboard in between naps. If that sounds a little dangerous, the car can also be driven via remote control so parents can make sure their child doesn’t run into any problems while watching Toy Story 4. And while the little roadster is initially only available in a color called Papaya Spark, McLaren promises that seven other colors (Azores Orange, Belize Blue, Lantana Purple, Onyx Black, Mauvine Blue, Silica White, or Saros Grey) will follow by year’s end.

Of course, the car’s most impressive feature may be its surprisingly low price tag. The “Ride-On” will hit the market at £315 (about $400), which, the company points out, means you could buy seven hundred of them for the same price as the standard 720S Coupé.