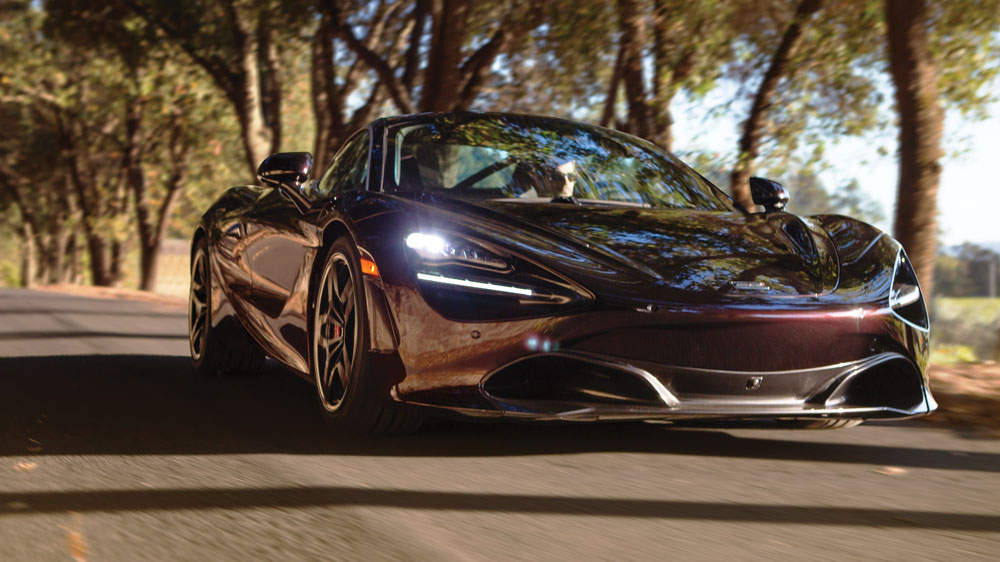 “Life is measured in achievement, not in years alone,” the late racer Bruce McLaren once stated, a sentiment that certainly holds true for the British brand that bears his name. Relaunched as McLaren Automotive in 2010, the company has since released multiple models spread over its Sports Series, Super Series, and Ultimate Series categories. Known for bridging racetrack technology and daily-driver disposition, McLaren has perfected the formula with the new 720S.

The latest Super Series sensation replaces the 650S model and features a carbon-fiber core and an aluminum-paneled body. The construction materials combine to give the car a dry weight of only 2,828 pounds. Its organic aesthetic is reminiscent of the McLaren P1, whose shape was inspired by marine inhabitants. In the case of the 720S, its sculpted curves and linear flow—so intrinsic to the marque—resemble that of a great white shark. And its overall body design and airflow accents—including a rear diffuser and hydraulically controlled rear wing—make the 720S twice as aerodynamic as the 650S.

After entering through the dihedral doors, both driver and passenger are enveloped in a sophisticated cocoon that includes contoured sports seats, top-tier tech, and the option of a Bowers & Wilkins sound system that was created just for this car. The interior can be fine-tuned with a choice of three trim levels (Standard, Performance, and Luxury), and further customization is available through the McLaren Special Operations (MSO) division.

As breathtaking as the design is, what really gives reason to gasp is the 720S’s performance. The rear-wheel-drive, mid-engine coupe harnesses 710 horses from its four-liter, twin-turbocharged V-8. The engine is mated to a dual-clutch, seven-speed transmission—a combination that catapults the car from zero to 60 mph in 2.8 seconds on its way to a top speed of 212 mph. In the current sea of production-supercar competition, those specs make this McLaren an apex predator. (from $284,745)