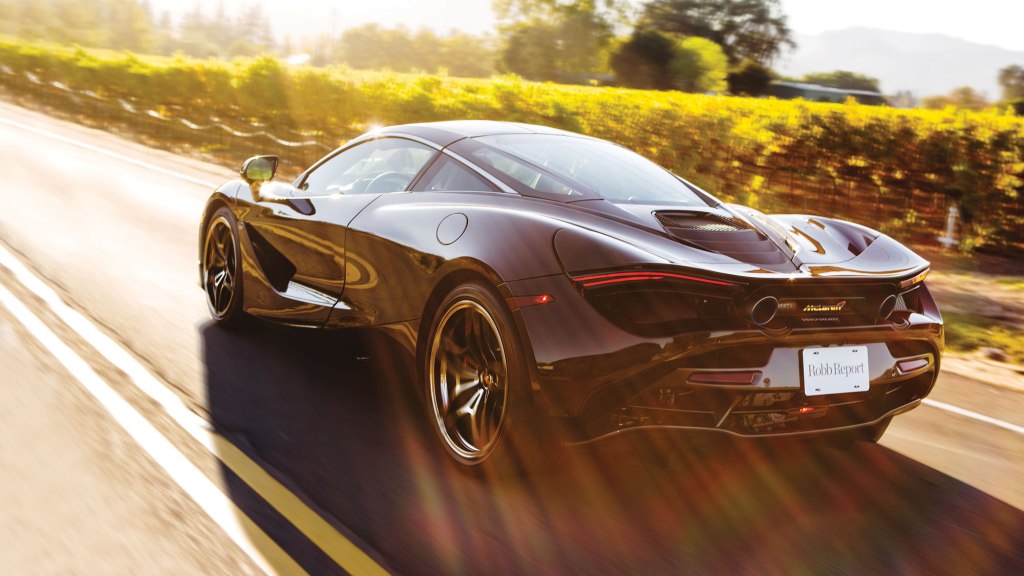 Form and function find exquisite expression in our second-place finisher, the McLaren 720S. The lone model in the British marque’s Super Series, the rear-wheel-drive dynamo seems cut from similar engineering stone as the Lamborghini Huracán Performante, but with Michelangelo chosen to chisel. “This car is so beautiful that it’s hard to take your eyes off of,” said judge Mitch Bloom, “even in the presence of Ferraris and Lamborghinis.”

The body design—defined by flowing, sinuous lines—was modeled after the great white shark and presents an organic aesthetic of elegant motion. “It looks like it’s doing 80 mph while parked,” mentioned Michael Ingram. Actual power is provided by a 710 hp, twin-turbocharged 4-liter V-8 that allows a top speed of 212 mph. And when the mid-engine monster’s launch control is activated, well, Najeeb Thomas found it “the closest experience to being an astronaut while remaining on Earth.”

But not everyone found the carbon-fiber coupe so captivating, especially when it came to the cabin ergonomics. “You should get a yoga membership when purchasing this car—just so you can get in and out,” quipped Ron Sprengeler. Others felt that certain elements of the interior were less than intuitive, including, according to Maurice Haroche, “seat adjustment buttons that Einstein would still be pondering how to use if he were alive.”

On the performance front, three driving modes—Comfort, Sport, and Track—and Variable Drift Control help tailor suspension and stability depending on purpose, while the electrohydraulic steering seems to redefine responsiveness. “This car must have come equipped with the telekinetic option,” noted Russ Faulk. “It seems to steer without requiring any physical input.”

More than a few judges, however, were a bit jangled by the braking and used adjectives such as “spongy,” “soft,” and “slow” when describing the carbon-ceramic system. In truth, the brakes are more tuned to the track and require greater applied pressure than the average driver is used to delivering. Press down with the same diligence in the Alfa Romeo Giulia, for example, and a whack from the windshield awaits.

General consensus concerning the McLaren was that it is an automotive masterwork, one that Jonathan Borisch likened to “adrenaline on wheels.” Chad Brue was even more succinct in his assessment, saying, “Wow. Just wow.” We wholeheartedly agree.